A court in Hong Kong doled out a three-month sentence on Monday to a woman for importing a 29-ton shipment of endangered Honduran rosewood, the news portal Coconuts HK reported. 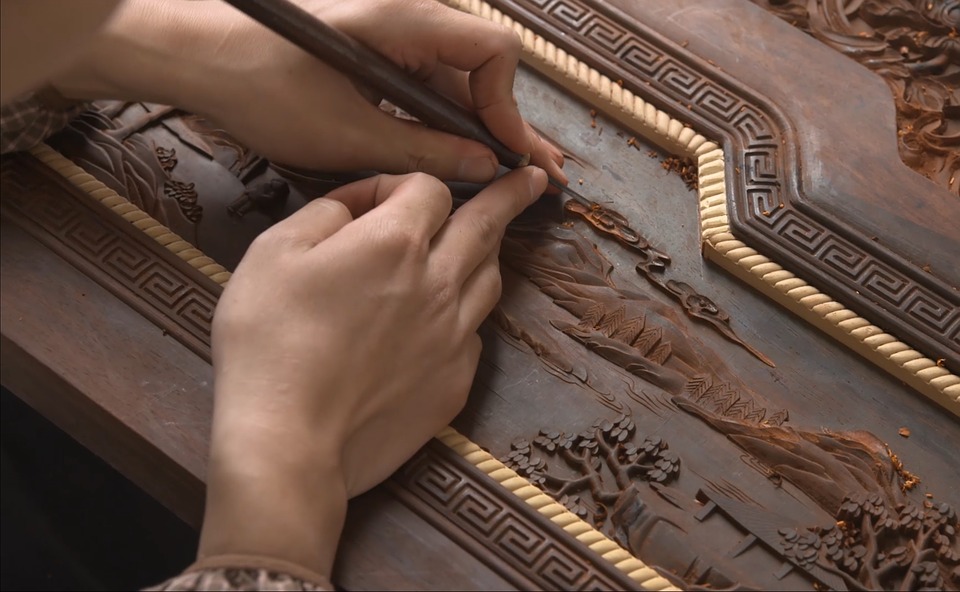 Embossed rosewood. Rosewood is the world's most trafficked wild product. (Photo: black07jack, Pixabay)Cai Huimian, a mother of three and a part-time employee at a construction materials business headed by her husband, pleaded guilty to importing a species protected under Appendix II of the Convention on International Trade in Endangered Species (CITES).

All 300 known species of rosewood were placed under CITES trade restrictions in 2016, according to The Guardian. The slow-growing hardwood is prized for its rich red color and fragrance, and is primarily used to make expensive furniture that is particularly popular among wealthy Chinese.

The shipment of rosewood from Guatemala was intercepted by Hong Kong customs officials on Jan. 16. Cai was listed as the contact person for the shipment and had allegedly received money in exchange for acting as a middleman.

The load was bound for China, home of a multi-billion-dollar furniture industry, and was estimated by customs officials to be worth HK$2.9 million (US$369,000).

Timber smuggling has long plagued Hong Kong, whose free trade port has been described as a “golden route” for illegal traffickers of valuable timber, according to extensive reports by Coconuts HK published earlier this year.

SeaNews Turkey, an international shipping magazine, reported that 114 tonnes of high-value wood had been smuggled into Hong Kong in the first half of 2018, a 170 percent increase from 42 tonnes the previous year.

Environmental activists have expressed concern about the larger impact of timber smuggling. Said Alex Hofford of WildAid Hong Kong, “Timber seizures are not just about lost trees, but overall biodiversity loss that includes birds, insects and mammals that lose their habitats due to illegal logging, as well as lost livelihoods for local communities that live in or around forest regions in Africa, Central America and Asia.”

Rosewood, which grows in west Africa, Madagascar and Central America, is the world’s most trafficked wild product, according to the United Nations Office of Drugs and Crime. A report by Forest Trends noted a sevenfold increase between 2010 and 2014 in China’s imports of the wood from Africa. Rosewood has grown in popularity among elites hungry for classic elaborately carved “hongmu” furniture.

Belize and Mexico have both banned logging of rosewood, according to the website forestlegality.org.