In the wake of an OCCRP report detailing unsavory links between Madagascar’s government and its voracious rosewood traders, the World Bank is contesting conclusions that its policies are helping to facilitate the region’s illegal logging boom. 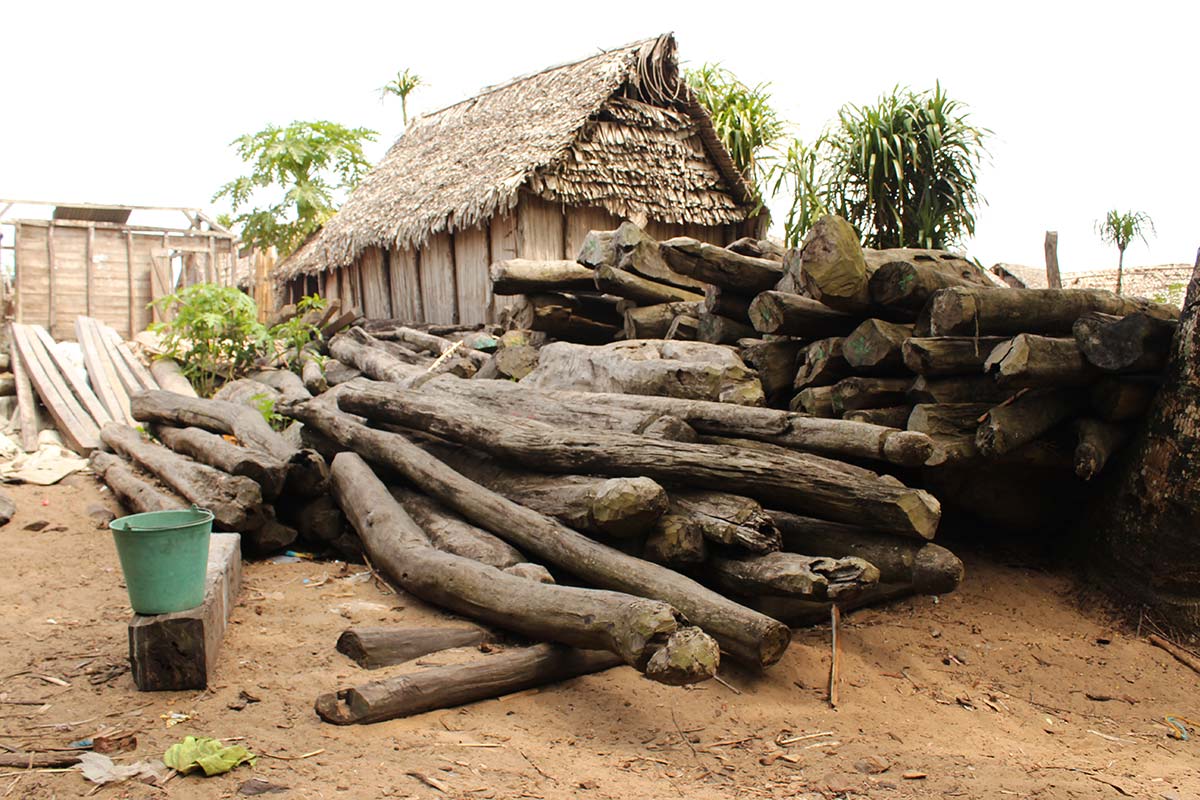 Stockpiled rosewood logs for export in Madagascar. Credit: OCCRP“This is… a reductive view of the support the World Bank is providing to the Ministry of the Environment for the implementation… of the CITES Action Plan,” wrote representatives of the World Bank in response to a Transparency International press release on the investigation.

The OCCRP’s investigation was a wide-ranging look at the business of smuggling rosewood from Madagascar to China, where the rare wood is turned into pricey furniture, often fetching tens to hundreds of thousands of dollars.

Logging and exporting rosewood are illegal under Madagascar law. But the investigation showed that the timber traders have extracted policy concessions from the country’s leaders that allow them to keep on felling and selling.

Among these was a 2007 concession to the country’s 13 top timber traders that allowed them to sell rosewood that had been felled by an “act of God,” that is, a storm.

This concession allowed timber traders to sell stocks of illegal logs under the pretext that they were from trees that had fallen from “natural causes.” The result has been mass deforestation.

More recently, the government drafted a business plan to be presented to meeting of the Convention on International Trade in Endangered Species of Wild Fauna and Flora (CITES) in Geneva.

In that plan, hundreds of thousands of stockpiled rosewood logs would be exported to fund “rainforest protection.”

But other members of CITES, like the US, were skeptical, pointing out that there wasn’t a way to distinguish stockpiled timber that had fallen in a storm from illegally-logged rosewood.

“This project could reactivate dormant trafficking networks and enable illegal transactions to be made under cover of authorized transactions, as has occurred in the past,” wrote Transparency International, calling into question the World Bank’s support for it.

In its statement, emailed to Transparency International and passed on to OCCRP, the World Bank defended the project, saying that it included “a set of measures aimed… at strengthening the control of illegal cuts and exports.”

“We will continue to encourage the department to implement the (project) in consultation with partners, including civil society organizations, to ensure that this plan benefits from the expertise of all,” it concluded.