Pakistan's PM Criticized for Using Helicopter to Go to Work

Pakistan’s newly elected Prime Minister, who made promises during his campaign to decrease government spending, has twice used a 15-seat government helicopter to go home and back to work. 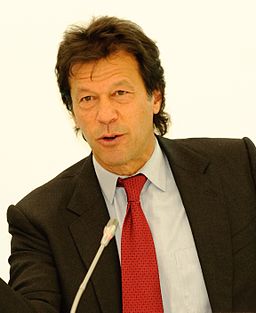 Imran KhanHe was criticized for this by his political rivals but his Information Minister Fawad Chaudhary first claimed the commute by helicopter was cheaper than by road, according to Business Today.

This caused a storm of sarcastic reactions on social media where people tweetet requests for the minister to provide helicopters for public commute since it is so cheap.

He then said the PM used the helicopter because the security traveling with him would disturb the traffic.

Khan criticised the VIP cultureof Pakistani officials in his campaign ahead of election.

Khan’s spokesperson and political adviser, Naeem ul Haq, tweeted on Thursday that “the fact of the matter is that the helicopter is used used only twice in a week. On Friday evening when he moves to Bani Gala and on Monday morning when he moves back.”

In a separate tweet he explained that the "PM wants that no traffic should be stopped on roads when he travels and people should not be troubled. He also wants that expenditure incurred on security arrangements by posting hundreds of policemen on a route and large number of vehicles should be curtailed."

“I am thinking of disposing family’s old Corolla and getting a cheaper, more reliable form of transport. Can’t decide if I should get a Suzuki or a Helicopter,” he said.