Migrants are paying organized crime groups 200 Moroccan dirhams (US$ 21.15) to help them jump over the border fence between Morocco and the Spanish North African cities of Ceuta and Melilla, according to a confidential report by the Spanish Civil Guard and obtained by El Pais on Thursday. 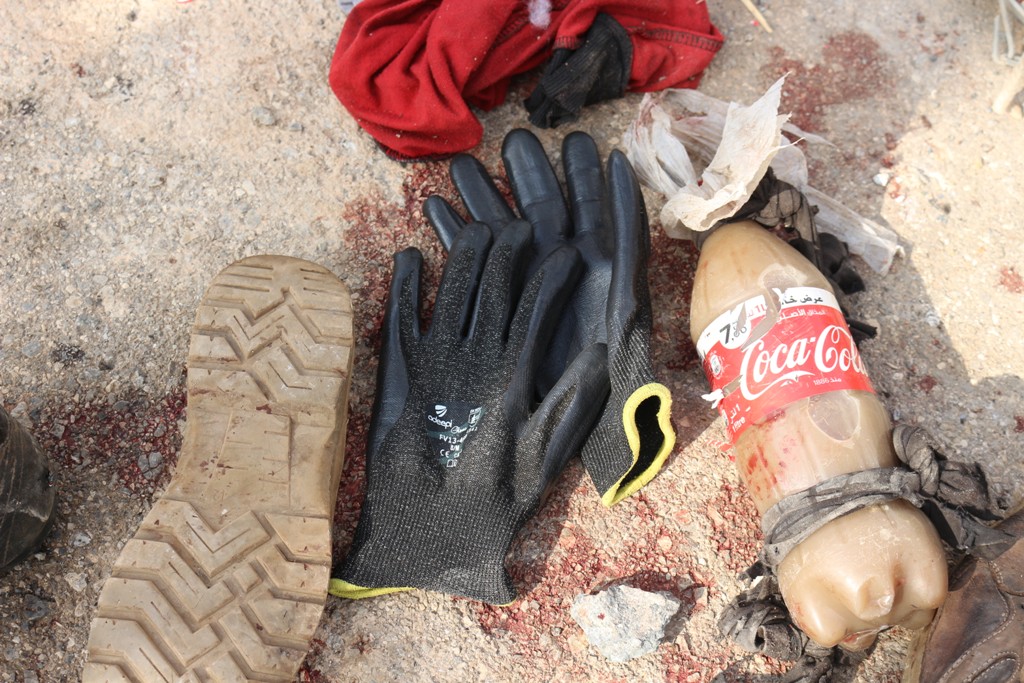 Items left near the border fence between Morocco and Ceuta on Wednesday (Spanish Civil Guard).The crime groups have organized a system in which each group of migrants is led by a so-called “president,” “prime minister,” and “officials.” The gang members allegedly take complete control of the group, punishing those who misbehave from joining the next group to cross.

Unlike most border crossing attempts that take place clandestinely and during the night, this organized crime group instructs migrants to make a scene and intimidate police so that they won’t approach them as they cross.

“To prevent the Civil Guard from approaching the area where the irregular entry attempt was taking place, the immigrants threw plastic containers with excrement, blood, quicklime, and acids,” the Spanish Civil Guard said after a crossing on Wednesday that put seven civil guards in the hospital.

This method of migrant smuggler puts the responsibility into the migrants hands. If they fail to successfully intimidate the border guards, they have to wait a month and pay another 200 Moroccan dirhams (US$ 21.15).

The crime group decides the day, scouts the territory for a good crossing point, and confiscates everyone’s cell phones until they are ready to cross.

The Civil Guard says that 116 migrants have crossed successfully in to Ceuta so far with at least 300 migrants attempting.

This is not the first time this has happened. On July 26, more than 700 migrants attempted to cross with more than 600 making it through. More than 20 guards were injured.

Ceuta has reinforced its border controls as a response to these violent crossing methods and now has 60 agents and three Rapid Intervention Teams at the ready, which consist of trained experts and are deployed temporarily by the European Union to places that require increased assistance patrolling their borders, according to the Civil Guard.

In October 2017, the court in Strasbourg ruled that the Spanish government had violated the European Human Rights convention by unfairly deporting two migrants from Mali and the Ivory Coast. The government was ordered to pay each of the migrants €5,000 (US$5,799) in damages. Spain is now using the Civil Guard report about these attacks in an attempt to appeal that case.