The former managing director and vice chairman of Swiss Bank pleaded guilty on Wednesday for his role in the laundering of over one billion dollars that were embezzled from Venezuela’s state-owned oil company, the US Department of Justice said. 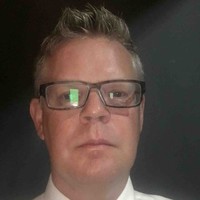 Matthias Krull (Photo:Linkedin)German national Matthias Krull, 44, a resident of Panama, admitted in a federal court in Miami that he helped launder US$ 1.2 billion embezzled from Petroleos de Venezuela, S.A. (PDVSA).

The scheme began in 2014 when several suspects from Venezuela had obtained $600 million from PDVSA and enacted a sophisticated currency exchange scheme to embezzle it. A portion of that money was laundered through Miami real estate, allowing their profits to grow. By May 2015, the conspiracy had doubled to $1.2 billion.

Krull admitted that he attracted private clients, particularly clients from Venezuela, to the bank. His clients included Francisco Convit Guruceaga, who was indicted on money laundering charges on Aug. 16.