A Missouri Nun who was arrested last year for smuggling two pounds of cocaine into Australia stuffed into the high heels of her shoes claims she was tricked by a man she met online, the Sydney Morning Herald reported Monday. 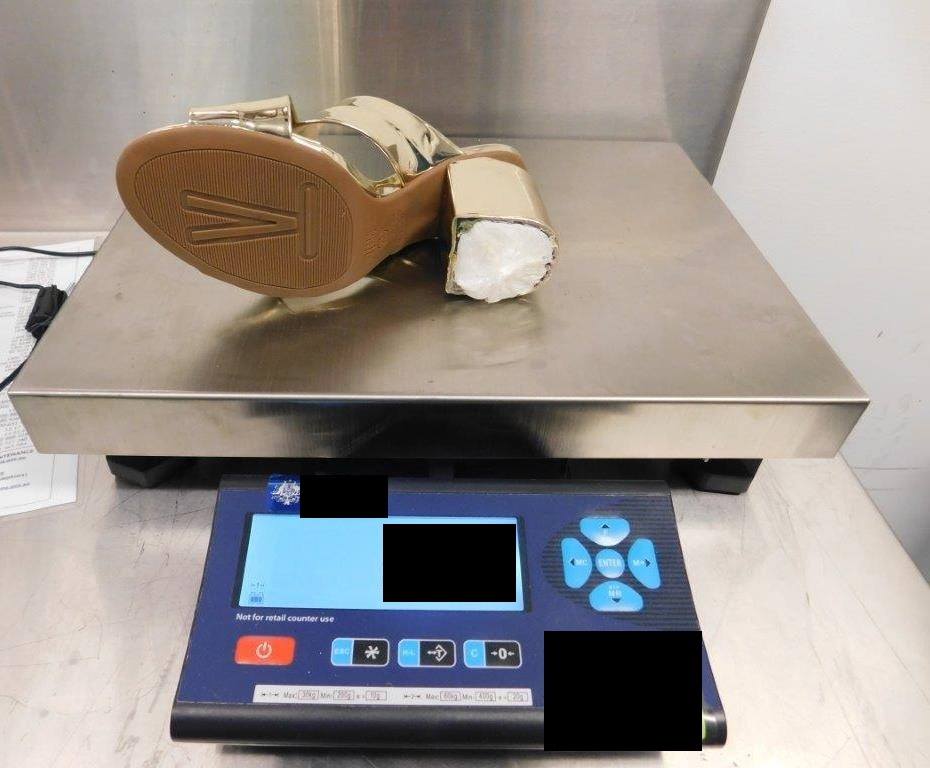 One of the shoes used to smuggle cocaine into Australia (Australian Federal Police).Denise Marie Woodrum was arrested last August and in January pleaded guilty to importing the drug.

However, in court last week, Woodrum’s attorney said that her client was taken advantage of and tricked into smuggling the drug by a man named Hendrik Cornelius, who she met online just a few months before committing the crime. They never met face-to-face.

Woodrum, who was a sister of the Adorers of the Blood of Christ, claims to have been going through a difficult time both emotionally and financially when she met Cornelius online.

“She was groomed to provide a financial gain for this person,” Woodrum’s attorney said. “There are fraudsters out there who are relying on women who are vulnerable.”

The District Court Judge was not convinced by these explanations.

Based on information submitted to the court, Woodrum apparently made several stops before arriving in Australia.

She flew from Missouri to Texas and then to Trinidad, Tobago, and Paramaribo, the capital of Suriname in South America.

Text records show her telling a friend, “this whole trip is paid for and will get additional payment for work.”

On August 2, she texted Cornelius a list of expenses for hotels and flights and left Sydney soon after.

When she arrived at the airport, she was stopped by the Australian Border Force who detected a substance after swabbing the suitcase. They found just over one kilogram, or two pounds of cocaine.

She claims that she was given gifts and clothes in Paramaribo and was instructed to bring them to Sydney.

Woodrum has been in custody since she was arrested. Her sentence is expected next week.