Leaked documents reveal that Arron Banks, a wealthy businessman and the main donor behind the Leave.EU campaign in England, was offered a deal to join a lucrative business venture with a Russian gold mining company, the Guardian reported after obtaining the documents from the Dossier Center. 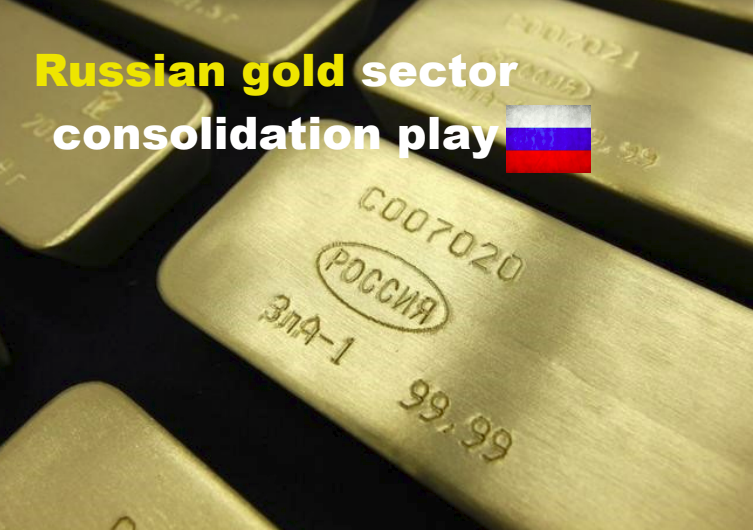 First slide of the presentation (linked on Tsur).The offer, which was made in a seven-slide presentation and published on the Russian website Tsur, came before Banks donated US$11 million to the pro-Brexit Leave.EU campaign. While Banks has repeatedly denied that he received any financial assistance from Russia, the timing of the offer is raising concern about Russia’s role in Brexit.

The deal was proposed by Alexander Yakovenko, Russia’s ambassador to London, and it offered an exclusive investment opportunity that would allegedly allow Banks to make huge profits but Banks said he rejected the offer, The Guardian said.

The presentation, titled, “Russian gold sector consolidation play,” invites investors to join a scheme that streamlines Russia’s gold industry. Seven or eight of the top 10 gold mining firms, including the company GeoProMining, which owns mines in Siberia and Armenia, would merge, creating an US$8 billion super-company.

It sells itself by informing viewers that Russia is “the third global gold producer and it has second largest gold ore resources so it is a significant player of the global gold market.”

The pitch also says that it is backed by Sberbank, a Russian state bank that was under western sanctions in 2015. The slides also say that Sberbank is a shareholder in GeoProMining and indicates that it could offer better deals to select investors.

Banks has denied taking the deal, claiming that anti-Brexit journalists are in a smear campaign against him. However, he has made some concessions about his involvement. He admitted to having meetings with Alexander Udod, a diplomat who was suspected of spying and expelled from the UK, and his business partner Andy Wigmore, following revelations published by the Observer in October 2015. The gold mining offer was discussed at one of those meetings.

Banks reportedly emailed Povarenkin saying that he forwarded the presentation to a few colleagues, including Jim Mellon, who worked on the Leave.UK campaign with Banks.

According to the Guardian, Banks signed the email with “I am very bullish on gold and so keen to take a look!”

Banks admitted to the emails and having three meetings with the ambassador. He said that the gold pitch was made the same week as Leave.EU’s launch.

Apparently Povarenkin offered Banks a second opportunity to invest in a diamond company. While Banks said that he did not take the offer, the OCCO Eastern European Fund, managed by a company that Jim Mellon was a shareholder of, did. Three weeks after Brexit, the Kremlin, sold its stake to a closed group of investors at a discount.

A spokesman for Mellon said that he not a beneficiary of OCCO.

The Guardian points to a third offer made to Banks in April 2016 and revealed from the Dossier investigation. Banks was allegedly offered to invest in the sale of a goldmine in Guinea owned by Ilya Karas, the CEO of the Moscow-based Farafina Gold Group. Banks once again did not invest.