A UK court sentenced a 28 year-old man to more than 17 years in prison on Monday after he pleaded guilty to conspiring to sell a gun as well as class A drugs such as heroin and cocaine. 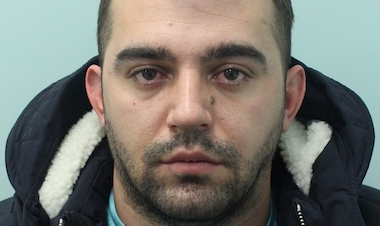 British officers recorded Sadikaj’s conversations in which he laid out his plan to sell hundreds of kilograms of drugs, using the word units for kilograms and food for drugs.

“If  we sell two units we make 14… We keep one guy here to do the food… One of our guys will be in Belgium… We'll distribute it at a garage… I've got full trust in it, my vision is that in six months, all of us will walk away with one mil each,” he said in one of the conversations, according to the NCA.

A few weeks later one of his associates was arrested following the handover of five kilograms of cocaine in North London. Police found £6,000 (US$7,551) in cash, a hydraulic press for forming blocks of cocaine, and one kilogram of herbal cannabis in his flat.

“Organised criminals like Sadikaj dealing in the supply of class A drugs perpetuate gang culture and serious violence which spreads through their supply chains and out, also putting innocent members of the public at risk,” said Matt McMillan from the Organised Crime Partnership.

“Not only was Sadikaj an established drug dealer, he was prepared to supply other criminal gangs with a ready-to-use firearm, providing them with the tools to intimidate others and potentially end lives,” he added.