Russian Court Sends 5 Members of the GTA Gang to Prison

A Moscow court sent four people to prison for life and one for 20 years after they were found guilty of killing 17 people in roadside attacks around the capital over a period of two years, authorities said on Thursday. 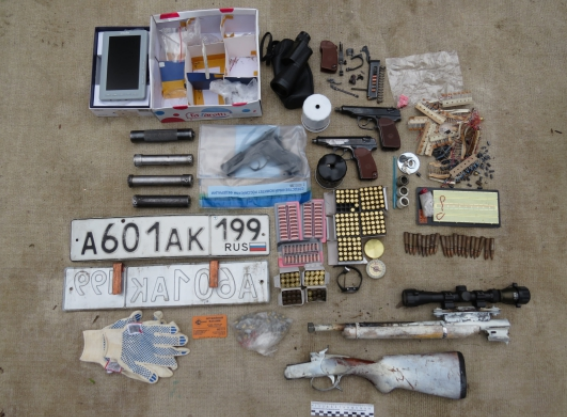 (The Investigative Committee of the Russian Federation)Because their attacks were reminiscent of those in the “Grand Theft Auto” video game, the group was dubbed the “GTA Gang.”

The Investigative Committee of the Russian Federation said in a statement that between 2012 and 2014 the gang placed metal spikes on roads to burst the tyres of passing vehicles and then shot the drivers and passengers. Russiangate reported that several times nothing valuable was stolen from the victims.

The crimes mobilized local residents to form their own armed patrols. The killings stopped  end of November 2014 after police located the head of the gang, Ibaydullo Subkhanov, who had a fake passport under the name Rustam Usmanov.

Officers surrounded the house and killed him in an exchange of fire. Over the next few days, police found and arrested nine gang members.

In an unusual twist, investigators found that the house Subkhanov lived in belonged to the head of the Prosecutor General of Russia Office administration Alexei Staroverov, who resigned immediately after the shootout.

The investigation into his links to the gang concluded that the only connection was a cleaning lady who lived in the garage of Staroverov’s house and who had invited her relatives, including her daughter’s husband, Subkhanov.