Three British waste disposal companies are under investigation by the UK’s Environment Agency for sending more than 1,000 tons of falsely labelled recyclable waste to Poland, according Angus Anderson, the agency’s communications officer. 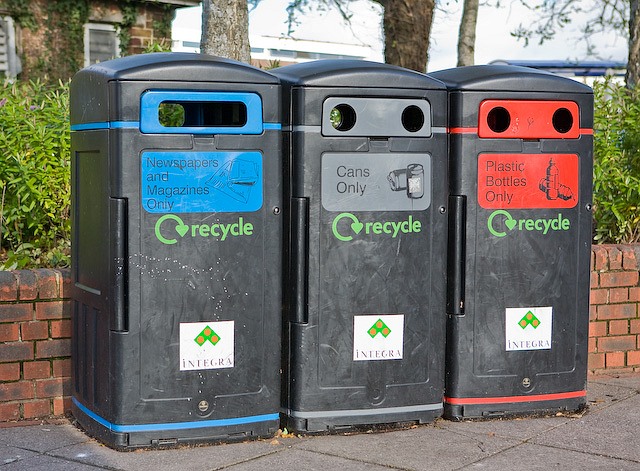 “We have never noticed this type of product in such quantity,” Polish official Barbara Szalinska told the Telegraph.

The inspectors suspect that the containers were intended for a group the Polish government calls a “trash mafia” after more than 60 fires flared up in landfills throughout Poland in May. The most famous one lasted more than two days and covered the town of Zgierz in smoke.

Since the fires, Polish authorities announced plans to clamp down on the group.

The trash burning is linked to a recent influx of waste into Poland blamed mostly on a ban China clamped on imported waste in March.

Poland has received 11.8 million kilograms of waste from the UK so far in 2018, making it the second highest export destination for UK trash.

The trash mafia offers UK companies a better financial deal than responsible Polish facilities that recycle waste. Some experts believe that setting a minimum cost for recyclable plastic waste would remove the temptation to sell to the mafia.

Other waste experts blame the UK Environment Agency for not adequately monitoring or inspecting shipments. A National Audit Office report in July states: “We are concerned that the Environmental] Agency does not have strong enough controls...The Agency has low visibility and control over waste that is sold for recycling abroad and there is a risk that some of it is not recycled under equivalent standards to the UK.”

The agency denied these accusations, and said that because of an ongoing investigation, no comment could be made about how the Polish waste sale might change policies in the future.