Spanish police nabbed three high-profile members of the Russian mob in the resort town of Marabella Sunday, catching them as they allegedly plotted to consolidate their hold in the region by murdering a rival mafioso. 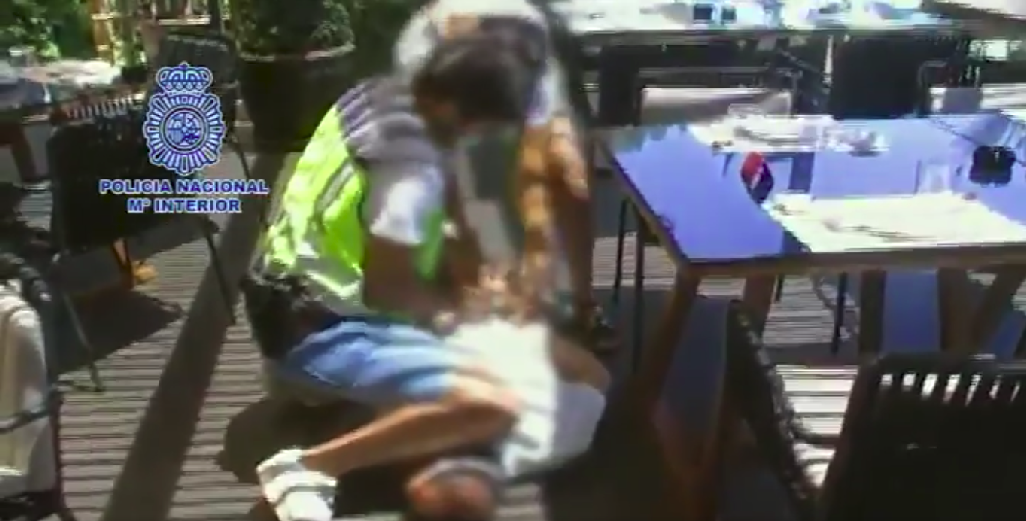 A mobster is wrestled to the ground by Spanish police on Sunday in this still of a video released by Spain's National Police (Spanish National Police).Spain’s National Police said in a press release that the men were part of Vory v Zakone, or “Thieves In Law”, a brotherhood of elite professional criminals from across the post-Soviet space.

Videos released by the police show officers wrestling the mobsters down and handcuffing them on the sunny terrace of a quiet restaurant as diners look on.

Later, searches of the men’s houses revealed that they had false documents from Ukraine and Poland, according to the press release. All three have been imprisoned for attempted murder, holding falsified documents, and belonging to a criminal organization.

The murder plot and Sunday’s arrests come in the wake of “Kus,” an operation aimed at Georgian and Armenian organized crime networks in Spain earlier this year that netted 129 people, including seven members of Vory v Zakone.

That left a power vacuum rival gangs are now struggling to fill, says Mark Galeotti, a London-based fellow at the Institute of International Relations in Prague who recently authored a book on the Vory v Zakone.

“It did a substantial amount of damage to Russian crime networks in Spain… not because of the arrests, but because links were broken” between a number of criminals and criminal cells, he said.

Such a vacuum can lead to increased gang-on-gang violence, said Galeotti, and that can make it easier for police to catch mafiosos.

Galeotti said Russian and post-Soviet crime syndicates have operated in Spain for years, but the political will to apprehend is new. This is because the syndicates are usually involved in financial crime as opposed to violence.

Galeotti said the three have the resources to hire good lawyers, but the murder plot might be enough for authorities to win a conviction.