Two Ukrainian banks took part in a tax fraud scheme involving Russian government officials that defrauded Russian taxpayers of US$230 million, laundered them through various banks and fake companies and transferred them to the West, Ukraine’s Slidstvo.Info reported. 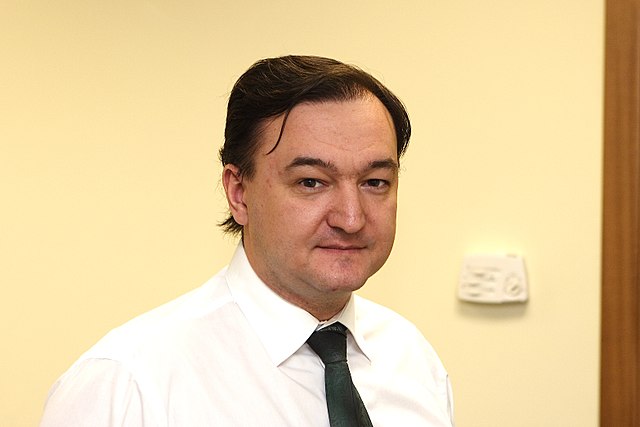 Sergei MagnitskyThe scheme was discovered by lawyer Sergei Magnitsky who reported the crime to the authorities. In return, he as arrested and kept in jail for a year without trial. He died in prison in 2009 under mysterious circumstances.

Bill Browder, the foreign investor who had hired Magnitsky persuaded several Western governments to introduce a law that bars individuals involved in human rights abuses and corruption from entering their countries, using their financial systems or owning any assets there. The law was named the Magnitsky Act.

OCCRP partner Slidstvo.Info obtained evidence that US $97 million of the Magnitsky case money passed through Ukrainian banks ARMA and Legbank. Transactions data was provided by the Russian center "Dossier".

Between February and March of 2008, Pavlo Hrytsyna from Kyiv withdrew 128 million UAH ($25 million at the then exchange rate) from the ARMA Bank in cash. Another Ukrainian - Igor Lyubun - withdrew 164.6 million UAH ($32 million) from the same bank in the same two months.

Both men took money from accounts of a Cypriot company called Vreston Limited.

Ukraine’s State Financial Monitoring Service told Slidstvo that informations about transactions were secret and could not be disclosed. The National Bank of Ukraine (NBU) explained that documents concerning the ARMA bank are archived because the bank was closed years ago. The owner of the bank was a metal plant which also closed down. It’s owner remains hidden by offshore companies registered in Belize and Panama.

Another transaction concerning the funds embezzled in the same scheme involve over $40 million that were transferred from Russia to the account of the Ukrainian company Viponix-Snab at Ukrain’s Legbank.

According to the register of legal entities, Viponix-Snab is still active, but no such company could be found at the address listed in the company’s registration papers nor is it known how it spent the 40 million dollars.

Ukrainian Legbank is now in the process of liquidation. Its owners are unknown as Legbank never disclosed its ownership structure, ignoring the requirements of the National Bank. According to media, the owner in 2014 was Arthur Yeresko, a native of Kharkov who is among the hundred richest people in Latvia.