Indonesian prison conditions are commonly known to be harsh, violent, and overcrowded but for the right price, powerful inmates can buy accommodations that look more like hotel suites than jail cells. 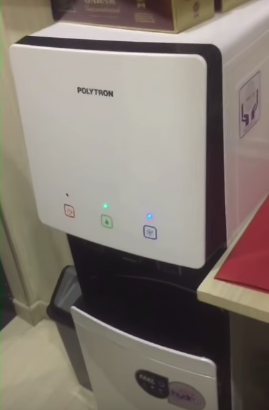 A Polytron water dispenser found in Darmawansyah's alleged cell. (Source: KPK)After a raid at the Sukamiskin Penitentiary in West Java on Sunday, the country’s Corruption Eradication Commission (KPK) released a video that shows one such cell equipped with air-conditioning, a flat-screen television, a small refrigerator, a compact kitchen, and a bathroom with a heated shower.

The room was allegedly assigned to Fahmi Darmawansyah, a businessman convicted in 2017 in a corruption scandal involving a Maritime Security Board procurement project, according to the Jakarta Post.

Prison staff reportedly accepted bribes ranging from 200 to 500 million rupiah (US$14,000 to US$35,000) from inmates to renovate their cells with, among other things, modern bathrooms, full-sized refrigerators, coffee makers, microwave ovens, stereos, televisions, and air conditioning.

For a higher cost, the inmates could also bribe guards for banned mobile phones and, in some cases, keys that let them come and go from the detention center as they please.

The money was paid before the inmates arrived at the facility, the Jakarta Post reported, but it is not clear whether they had to make additional payments.

Anti-corruption authorities arrested and charged five people connected to the scandal, including inmates as well as the head warden, Wahid Husein, who purportedly accepted cash and cars to look the other way.

Sunday’s raid is not the first time Indonesian prisoners have been found living in five star cells or receiving special treatment.

In 2009, authorities discovered Artalyta Suryani, a business woman imprisoned for bribery, was provided with a baby playpen, a nanny, and an adjoining karaoke lounge in her cell in Pondok Bambu Penitentiary, East Jakarta.

At the time of her cell’s inspection, Suryani was in a nearby room having laser beauty treatment.

In 2010, Gayus Tambunan, a former tax official who was imprisoned for embezzlement, was spotted at an international tennis tournament on the resort island of Bali while supposedly serving his sentence.

Leopold Sudaryono, a prison expert at the Asia Foundation, told the Jakarta Post that graft convicts, who are often wealthy and well-connected, use their political and economic leverage to acquire the luxury facilities.

In response to this week’s revelation, the Law and Human Rights Ministry apologized and vowed to carry out an investigation.