Flight Attendants Booted from US for Turtle Smuggling

Two Chinese flight attendants were fined and ordered to leave the United States on Monday for attempting to smuggle dozens of protected box and spotted turtles in carry-on bags from Los Angeles to China, local news reported. 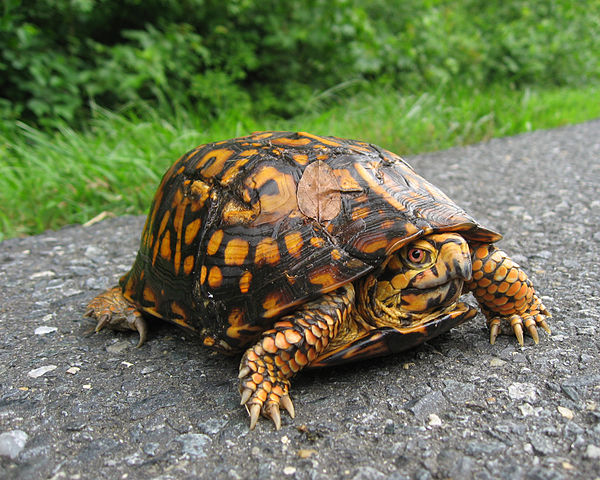 Eastern box turtle (CC BY-SA 2.0)Box turtles and spotted turtles are both protected by an international wildlife treaty that regulates the international trade of more than 36,000 plant and animal species. Nevertheless, there is a robust market demand for the US native turtles in Asia, according to the LA Times, with spotted turtles being valued based on the number and size of the markings on their shells.

The two China Eastern Airlines attendants were arrested on May 12 at the Los Angeles International Airport after investigators found a total of 31 live spotted turtles and 14 live box turtles hidden in pillowcases and plastic bags in their luggage.

A Transportation Security Administration (TSA) inspector flagged the pair for inspection upon detecting unusual round objects in their bags during an X-ray check. According to the Orange County Register, the TSA agent recognized the items as turtles based on his enthusiasm for the reptiles as a teenager.

The defendants paid about $200 a piece for the turtles in Los Angeles and reportedly expected to make over $40,000 for the lot in Asia.

A federal judge ordered the duo, Huaqian Qu and Renfeng Gao, to pay US$ 5,500 each to the US Fish and Wildlife Service before leaving the US within 72 hours. They were also sentenced to three years of probation.

Last month, Qu and Gao pleaded guilty to a federal conspiracy charge, which carries a possible sentence of up to five years behind bars. Prosecutors argued for 10-month prison sentences, but the judge said probation was sufficient due to the nonviolent nature of act.

Wildlife smuggling is a lucrative, demand-driven business often run by dangerous transnational organized crime networks, the World Wildlife Fund says. Animals and animal parts are trafficked much the same as illegal drugs and weapons, and estimates suggest that the industry is worth hundreds of millions of dollars.

Earlier this year, a worldwide crackdown on the illegal wildlife and timber trade lead to the seizure of 1,974 reptiles, birds and other exotic animals.