A man who scammed more than 600,000 Americans out of a total of US$200 million over the last decade was sentenced last month to 10 years in prison and a $49 million fine, the FBI announced Thursday. 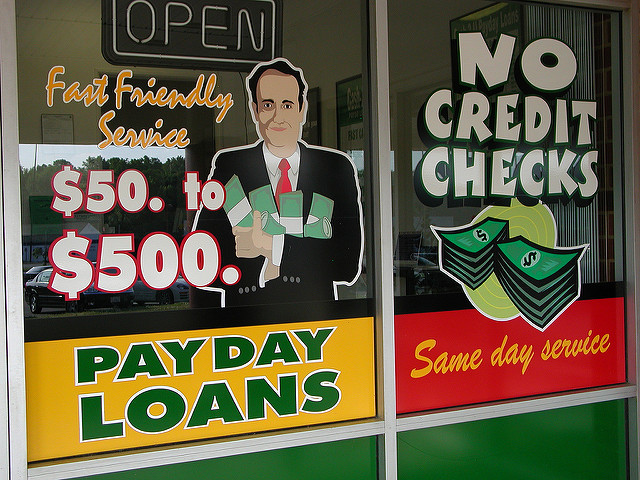 (CC BY 2.0)Richard Moseley, Sr. swindled customers using a group of payday lending businesses called Hydra Lenders. Moseley charged his victims up to 700 percent interest on the money they would borrow.

Payday lending businesses provide short-term loans to individuals that need to borrow money — often low-income, financially vulnerable individuals. The borrowers agree to pay back the loan on the following payday.

While this type of agreement can be successful, Moseley used illegal tactics to drain customers of their finances.

When complaints reached state governments and officials questioned Moseley, he claimed that his business was located overseas in Nevis, an Island in the Caribbean, and New Zealand, where regulations did not apply.

Throughout the FBI investigation, however, it was revealed that Hydra Lenders was, in fact, located in Kansas City, Missouri.

After an investigation into his financial records and interviewing employees and victims, the FBI found that he had broken the law regularly and he was using fake letterhead and a mail forwarding service to hide his location.

Between 2004 and 2014, Hydra Lenders charged illegally high interest rates, took additional fees without disclosing them to the customers, allowed loans to incur interest by not applying their money to pay off the loan and instead only collecting interest, and creating payday loans for customers who had simply inquired about eligibility, rather than agreed to participate.

These tactics preyed largely on individuals who were already financially vulnerable. “Some of the individuals victimized were financially struggling at the time—including grandmothers, grandfathers, and former military members who served our country,” said FBI New York Supervisory Special Agent Matthew Taylor.

“In most cases, victims did not get the money back that was illegally taken from them.”

A 2018 study showed that low income US citizens that do not have a bank account and minority groups are more likely to use a “fringe service,” which is a term used to describe services such as payday loans, pawnbrokers, and car-title lenders.

Payday loan services were found to be more common among blacks and Hispanics than among whites and Asians. They are also more common in female-headed households than male.

Meanwhile, Moseley used his fraudulent gains to pay for homes both within and outside the United States, high-end cars, and an exclusive country-club membership.

While each victim did not lose a substantial amount of money, they were forced to shut down their bank accounts and open new ones.

Moseley was convicted in November 2017 of wire fraud, aggravated identity theft, and Truth in Lending violations, as well as racketeering violations.

There have been efforts to put an end to the payday lending debt trap in the last decade. Former President Obama announced rules in 2015 to protect military service members from financial abuse and new rules were finalized by the Consumer Financial Protection Bureau in 2017 to require a test prior to a transaction that determines if borrowers will be able to afford to repay the loan.

Despite the rules, however, loopholes remain.