Japan: New Law on Casinos May Be Opportunity for Yakuza

A new law proposed in Japan will allow private companies to operate gambling houses, an opportunity organized crime syndicates have been waiting for, a source told The Asahi Shimbun Wednesday. 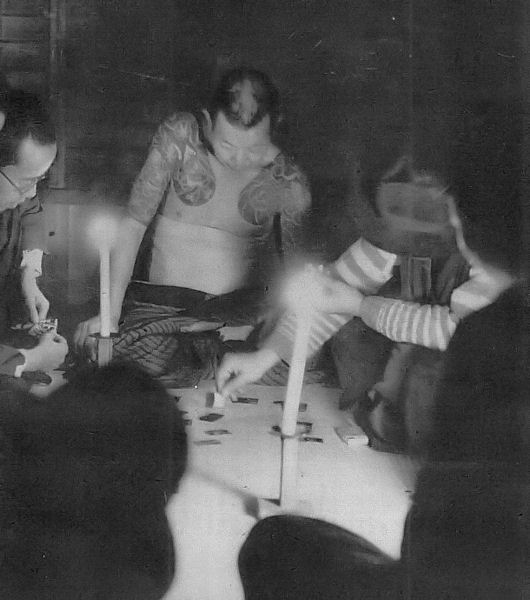 Patrons of a "Toba," an illegal Japanese casino in 1949. (Source: "The Mainichi Graphic, 15 January 1949 issue" Public Domain)A high-ranking gang member affiliated with the Yamaguchi-gumi Yakuza — one of the world's oldest organized crime groups — told reporters at the Asahi Shimbun that if the bill passes, the group will look for ways to enter the soon-to-be $15 billion market as subcontractors of construction firms building casinos, and operating them at “integrated resorts.”

The Integrated Resorts Implementation Bill also seeks to put restrictions on how many times an individual can visit casinos in a specific period of time. The idea is to prevent excessive gambling but the South China Morning Post wrote at the beginning of this year that the safeguards could be easily circumvented.

Another gang source stated that this will be an opportunity for the group to run illegal casinos that don’t regulate that particular condition.

A casino oversight committee will be established to vet potential casino operators and weed out anyone with suspected illicit interests. However, association with Yakuza syndicates alone is not enough of a barrier to participation in the industry.

"Once rules are decided on how to place restrictions on organized crime, we can begin thinking about ways to get around those legal barriers," the source told Asahi Shimbun.

The Yamaguchi-gumi Yakuza is a transnational criminal group. The Yakuza itself has been present in Japan since the 17th century, and membership is not outlawed in the country. The complex network of regional and local syndicates means that the illegal activities of group affiliates on the national level do not necessarily overlap with local divisions who offer aid and supplies during earthquakes, invest generously in legitimate companies, and strictly adhere to a “no-theft” policy.

The National Diet of Japan, the country’s bicameral legislature, will vote on the bill this week.