The Moldovan government said on Wednesday it wants to strengthen its economy by offering foreigners citizenship in exchange for investments. Their goal is to attract 1.3 billion euros (US$ 1.5 billion) over the next five years. 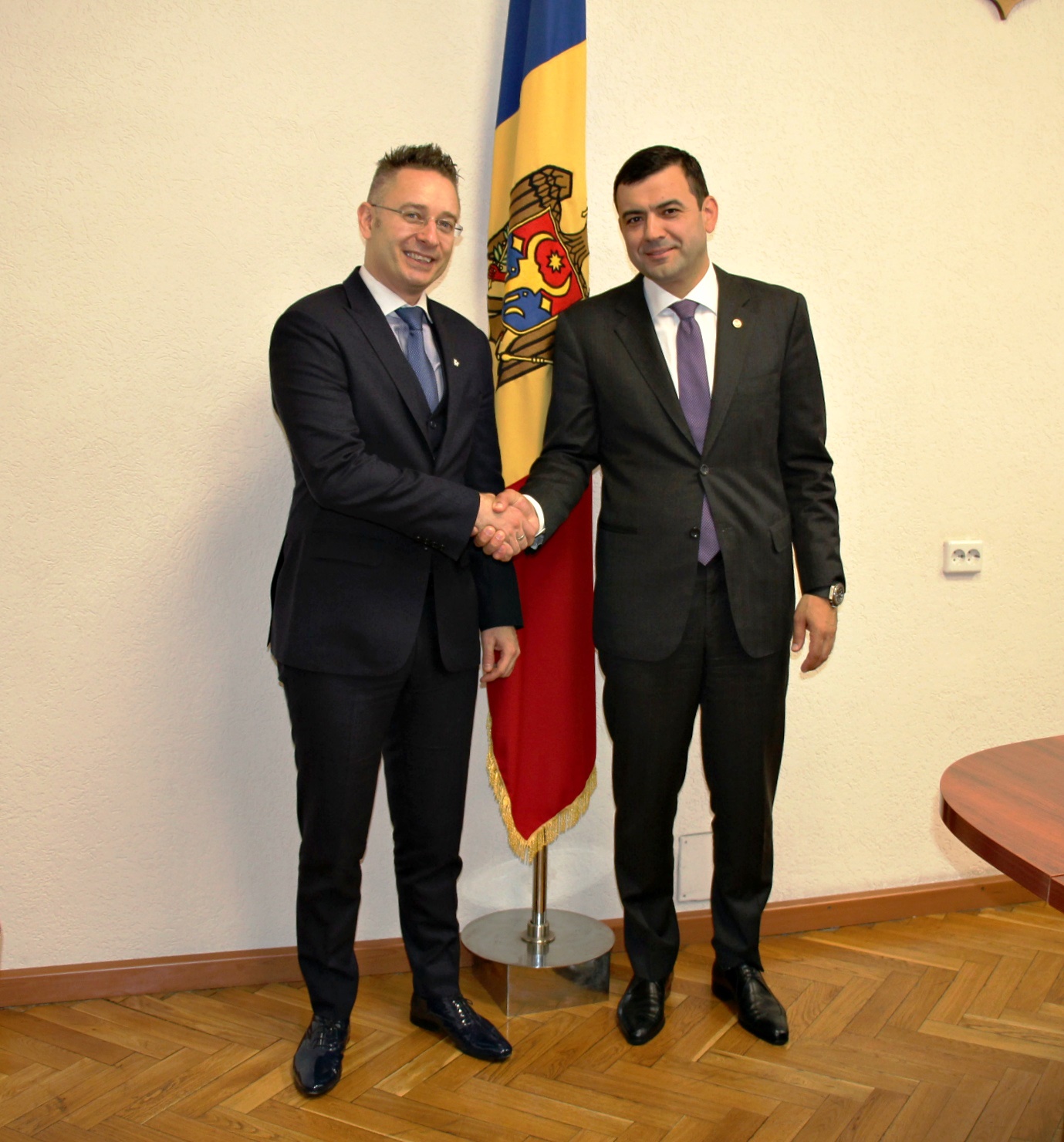 Marco Gantenbein Henly & Chiril Gaburici Moldovan Economy Minister ( mei.gov.md)The project is already being criticised as risky as it could be used for legalizing dubious money.

More than 20 countries already offer citizenship-by-investment programs — also known as ‘golden visas’ —  in which wealthy foreigners can obtain legal residence or even citizenship in exchange for substantial amounts of money.

The programs have come under fire for making it too easy for organized crime figures, tax-evaders, and people whose wealth can’t be easily explained to join the stream of legitimate global businesspeople and other rich individuals who simply want more freedom to travel and invest.

However, the Economics and Infrastructure Ministry said in a statement that Moldova’s Citizenship-by-Investment Program would be provided only to applicants who meet the best international standards.

To ensure those standards, applicants will be subjected to a four-stage verification of their economic and financial reputation, including checks by Interpol, the Moldovan Intelligence and Security Service, Interior Ministry (MAI), National Anticorruption Centre (CNA) and international diligence companies going through their case history and validating information contained in application form.

“The government has worked out this instrument, having at the basis good international practices and relying on the identification of a good partner,” Economics and Infrastructure Minister Chiril Gaburici said, adding that in the next five years, the volume of investments will reach a cumulative value of 1.3 billion euros.

The Citizenship-by-Investment Program will be promoted by an international consortium, comprised of the Dubai-based Moldovan Investment Company, or MIC Holding LLC and three Henley & Partners subsidiaries, selected through a public tender.

Marco Gantenbein, a member of Henley & Partners’ Global Executive Committee, said that the Program is poised for success on account of its competitive pricing structure and strong value proposition.

“Moldova, a country of 4 million inhabitants, offers its citizens visa-free access to 121 destinations, including all the countries in Europe’s Schengen area but also, for example, Russia and Turkey. It has entered into an association agreement with the EU and is aiming to become a candidate country for EU membership,” said Gantenbein.

The program should be launched within the next three months, according to the Henley & Partners website.

The consortium will bear the economic risk, the initial and continuing costs and expenses related to technical design, implementation, advisory work, training, and international promotion of the Program, according to the deal. All costs will be covered by the commissions paid by the applicants for citizenship through investments.

The international law firm Henley & Partners has already partnered with Malta, which has a similar program.

However, a report last December by Transparency International’s Russia chapter identified a number of Russian officials and wealthy businessmen who have obtained Maltese passports.

OCCRP reported that Since then, three Russian billionaires who obtained passports in 2016 — Arkady Volozh, Boris Mints, and Alexander Nesis – have been named on the so-called Kremlin List published by the White House on Jan. 30. It is not a sanctions list, but identifies Russia’s richest businessmen who are believed to be close to Putin. (See: The Dubai-ification of Malta)

Transparency International Moldova harshly criticized the authorities' intention to grant citizenship this way a year ago when the country was preparing a law that opened the door to this program.

Transparency argued that the law “would legalize fraudulent money and compromise the anti-corruption fight in the Republic of Moldova.”

“These legal provisions create major risks of legalizing, directly or indirectly, personally or through interleaved persons, of dubious financial means,” the statement said.