Two criminal organizations that laundered an estimated €2.5 million (US$2.9 million) were taken down by the Spanish Civil Guard and the National Police of Colombia, Europol reported Thursday. 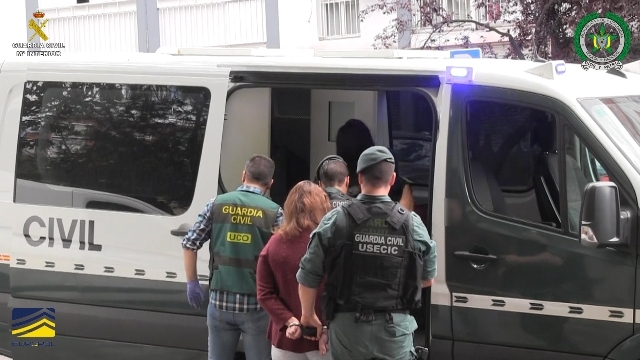 Smurfing is when a money launderer breaks up a potentially large transaction into multiple small transactions, allowing them to avoid rules that require exchanges above a certain amount of money to be reported. In the United States and Canada, for example, any currency exchange above $10,000 in cash requires a currency transaction report to be filed.

The funds are moved in small quantities through various sources, such as electronic transfers overseas, and then invested into different markets or transferred to bank accounts.

Once the money has been divided several times, it is returned to the criminal through what appears to be a legitimate source, for example, using property, artwork, or high-end vehicles.

This elaborate transfer systems obscures the money trail and avoids drawing the attention of law enforcement.

In this investigation, the National Police of Colombia were notified of a Colombian family with links to a drug trafficking operation in Zaragoza, Spain, according to the Spanish Civil Guard.

Spanish authorities found the criminal organization and discovered that they were collecting money earned by other criminal groups in Spain and France, splitting up the proceeds, and dispersing it in small quantities.

Rather than smurfing, however, this group converted the cash into cryptocurrencies such as Bitcoin, and then transferred it to virtual wallets controlled by a criminal organization in Colombia.

After 10 house searches in Spain and two in Colombia, 23 members of the group were arrested and nine others were investigated. Authorities also seized two vehicles, as well as mobile phones, computers, and banking and financial documents. Virtual wallets used for laundering cash were frozen.