More than 25,000 cultural and archaeological artifacts worth a total of € 40 million (US$46.7 million) were seized from 40 houses in Italy, Germany, UK, and Spain on Wednesday, Europol reported. 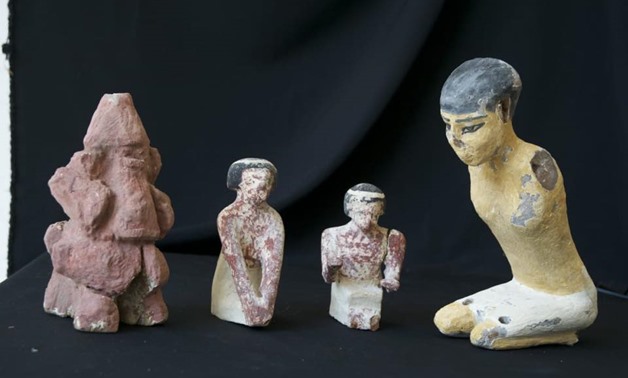 Seized artifacts from previous raids in Italy (Provided by Egypt Today through Antiquities Ministry)The items were confiscated in a series of simultaneous house raids by more than 250 police officers. Authorities searched homes in Sicily; Calabria, Piedmont and Apulia in Italy; and Ehningen in Germany, as well as London and Barcelona. According to the police report, 23 suspects were detained.

Police say the crime group responsible operated out of Caltanissetta, a district in Sicily known for Greek and Roman archaeological sites. Members of the group excavated artifacts, brought them out of Italy, forged papers to make them appear legal in the art market, and sold them using German auction houses. They were supported by individuals in London and Barcelona, who helped coordinate the artifacts’ movements.

Investigators believe that the operation was commissioned by William Veres, an art dealer in London, the Associated Press reported.

The mastermind behind the criminal operation, dubbed “Operation Demetra,” is thought to be Francesco Lucerna, a figure known to authorities for the systematic looting of archaeological sites in Caltanissetta and Agrigento, according to the local Italian news site in Caltanissetta, Radio CL1. Lucerna was also arrested.

The raids are the result of a four-year investigation initiated by a unit of cultural goods trafficking specialists who operate under the Italian Carabinieri, a military task force that carries out police duties.

The investigation has confiscated artifacts prior to Wednesday’s raids, including 3,000 archaeological goods, 1,200 fake archaeological items, and 1,500 tools such as metal detectors that were used for digging.

Europol calls this case one of the biggest artifact trafficking crimes in Italian history.