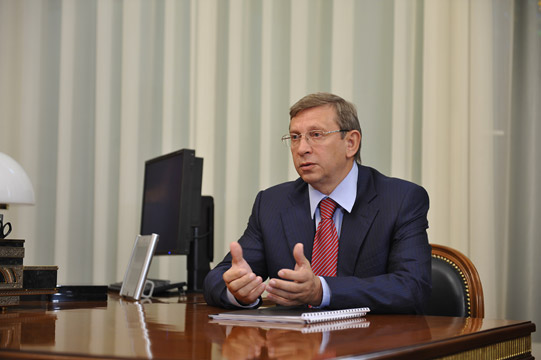 Sistema was also involved in investment projects in parts of Russian occupied parts of Crimea. This was confirmed by a statement made by Vladimir Putin in October 2016.

The congressional letter, which was addressed to US Secretaries Steven Mnuchin and Mike Pompeo, asked that the government “take immediate action to determine whether Russian national Vladimir Yevtushenkov meets the criteria to be sanctioned under the appropriate authorities and also to consider whether he and his business activities have been engaged in possible violations of the Foreign Corrupt Practices Act.”

The letter was dated May 16 but was only made public on Thursday.

In addition to suspicious activities in Crimea, the letter cites an Organized Crime and Corruption Reporting Project investigation on MTS’s corrupt business dealings with the government of Uzbekistan.

The US government has further discovered that MTS was referenced in a civil forfeiture complaint by the US Department of Justice, the letter said.

The two lawmakers requested that the US government investigate whether Yevtushenkov’s and Sistema’s activities in regard to Uzbekistan also count as further violations of the Foreign Corrupt Practices Act.

Though Yevtushenkov is thought to be yet another Russian tycoon that has gained wealth and power through his connections to Putin, he also has a history of clashing with Russian authorities, Radio Free Europe said.

Yevtushenkov was arrested and charged with money laundering in 2014. At the time, Sistema also had control over Bashneft, one of the only Russian oil producers that was not under state control.

A court in Moscow placed Yevtushenkov under house arrest and Rosneft, a state-owned oil giant, seized control of its shares in Bashneft, according to Reuters.

In July 2017, Rosneft brought a lawsuit against Sistema and asked for 171 billion roubles (US$2.8 billion) in damages, The Economist wrote.

Yevtushenkov said to Russian media outlet RBC that the lawsuit was an “act of indimitation,” according to Reuters. The charges have since been dropped.