US Court Convicts Russian Thief-in-Law and His Enforcer

Two members of a sprawling and violent criminal enterprise, including one crowned “Thief-in-Law,” were convicted of racketeering and several related charges in Manhattan federal court on Tuesday. 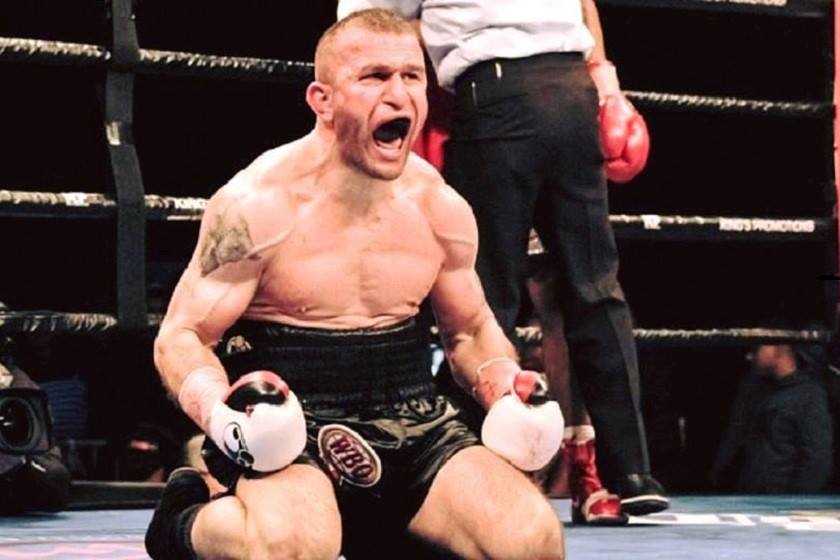 Avtandil Khurtsidze (Source: Facebook)Razhden Shulaya, one of the first Thieves-in-Law to be indicted on racketeering charges in the US, and his chief enforcer, former middleweight boxing champion Avtandil Khurtsidze, were found guilty by a unanimous jury for involvement in an array of schemes including violence, extortion, theft, trafficking in stolen goods, and fraud.

By the time he was 40, Shulaya had established an expansive criminal business empire based in Brooklyn’s Brighton Beach, also known as Little Odessa. It included cigarette smuggling, drug trafficking, counterfeit credit card schemes, an illegal gambling establishment, and a team that hacked slot machines, according to a Longreads story.

Khurtsidze acted as Shulaya’s chief enforcer, engaging in extortion and violence against associates perceived as having disrespected Shulaya’s membership in an elite order of Russian criminals known as Thieves-in-Law.

During one conversation recorded by the FBI, Shulaya confirmed his criminal status when he said that one of his underlings had “no idea how to speak to a thief.”

Shulaya’s operations are said to span at least six states and multiple countries. Most members of his enterprise were born in the former Soviet Union and maintain strong ties to Georgia, Ukraine, and Russia.

According to Longreads, the gang was planning to create a romance confidence scam where they would use an attractive woman to lure their target to Atlantic City, knock him out with chloroform, and steal his money and Rolex watch.

Like many ordinary New York businessmen, Shulaya would drive to his Brooklyn office from his home in the suburbs along the Hudson river.

However, when Shulaya arrived in his black Mercedes wearing oversized glasses and black clothing, he would collect extortion and gambling money, arrange bribes, and look into hacking slot machines.

Sometimes he would take an employee to a Whole Foods parking lot in the Edgewater suburb where he lives with his family for a verbal pummeling. When a subordinate did not pay enough tribute, or “obshschak,” he would call in his loyal enforcer, “Mini Mike Tyson” Khurtsidze.

In one recording, Shulaya got angry about not receiving enough money from an underling:

“First of all, money should f***ing go to the thief. One has to happily run to deliver and f***ing say: today we found, we stole, we snatched it, we f***ing tricked a dummy.”

Shulaya had already been arrested in Lithuania in 2013 during the EU’s then-biggest Thieves-in-Law arrest, according to Longreads, but somehow made it to the US and set up his business in Brooklyn.