Disillusioned by years of corruption and scandal in the country’s league, Croatian football fans are boycotting the World Cup in mass, Balkan Insight reported Tuesday. 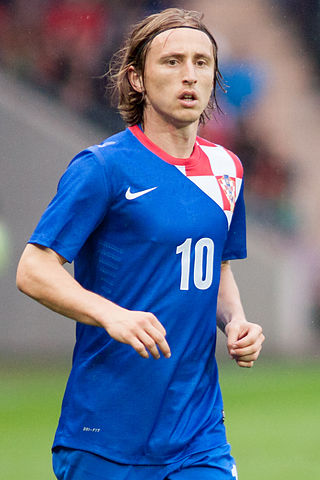 Luka Modric (Fanny Schertzer, CC BY-SA 3.0)“Fans are boycotting the national team because they refuse to have any emotional connection with players who it is proven were ... part of a corrupted system and who, by doing so, have cast a shadow over their undoubted talent,” Juraj Vrdoljak, a commentator on a leading Croatian sports website, told BIRN.

Some cafes and restaurants in Croatia are not broadcasting the series at all. Instead, they are choosing to forgo the large profit margins that typically accompany the World Cup out of protest against the country’s football federation, HNS.

“I will boycott the World Football Championship for as long as the ruling clique in the HNS does not end up in jail,” the owner of one such restaurant in Makarska told a local newspaper, according to BIRN.

Mamic was convicted earlier in June for syphoning some $US 17 million from his former club and defrauding the state of some $US 2.1 million in taxes.

However, a day before the court was set to announce the verdict, he fled to Bosnia. Mamic has dual citizenship, and Bosnia and Croatia do not extradite their citizens to each other.

Modric and Lovren, who were close to Mamic and Vrbanovic, testified at their trial, and have subsequently been charged with perjury.

The anger among Croatian fans exploded at the 2016 UEFA European Championship in France when disgruntled members of the crowd threw firecrackers onto the field during a match against the Czech Republic.

Vrdoljak said that Mamic’s conviction provided a slimmer of hope for the Croatian Football Federation's future, according to BIRN, but also added that corruption has become strongly embedded in the sport’s culture.

The system that Mamic had established “can continue to function in a metastasising form,” the commentator said, “even if it is formally beheaded.”