One of the masterminds behind the 2015 migrant smuggling network along the Western Balkan route and his accomplice were arrested in Athens, the Hellenic Police said on Monday. 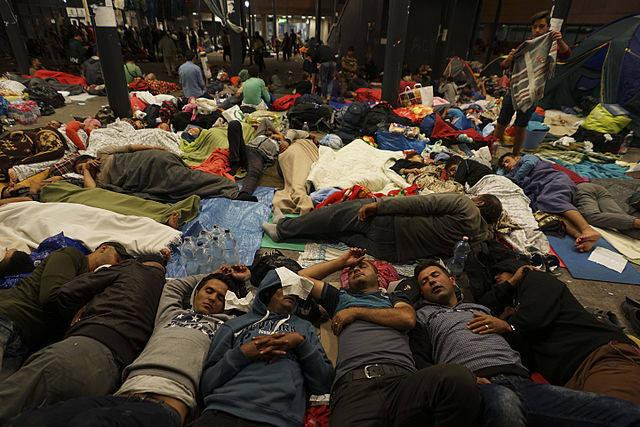 Syrian Refugees in Central Europe (Mstyslav Chernov, CC BY-SA 4.0)The suspects, aged 36 and 32, were detained for the possession and trafficking of forged travel documents.

An incredibly coordinated joint operation led to a house search on June 12, which revealed 53 documents including passports, ID cards, visa stickers, residence permits, driving licences, and social security cards from all over the world.

The main suspect is a Syrian national who was under investigation for smuggling migrants between Hungary and Germany in 2015 and 2016, Europol reported.

More than one million people fleeing war and poverty in the Middle East, Asia and Africa landed on Europe’s shores in recent years. Hundreds of thousands of them took the so-called Balkan route.

When that route closed in March 2016, the suspect moved to Greece to continue his criminal activities and a European Arrest Warrant was issued by Hungary soon after. Information was then shared between Hellenic and Hungarian authorities through Europol.

This exchange of information allowed for a collaborative investigation between the Hellenic Police Attica Aliens Division, the Europol Office in Greece (EURTF), the Directorates of International Police Cooperation (BDA), and the Hungarian Police Bureau of Investigation Illegal Immigration Unit.

With help from Europol’s European Migrant Smuggling Centre  (EMSC), which provided analytical support and cross-checks against Europol databases, the authorities were able to identify the individual, his accomplices, his residence and the vehicles he was using.

The EMSC was established in 2016, when it received almost 12,000 messages with data on over 17,000 migrant smuggling suspects. As a result, it helped launch more than 2,000 cases, including 490 investigations into identity fraud.

In addition to EMSC, this investigation was also facilitated by a joint operation between Europol and the Hellenic Police called the Greek National Operational Plan, signed into action in 2016. The aim of the plan is to target organized migration crime in Greece.