Prosecutor: UK is Not Fighting Russian Organized Crime at All

The European prosecutor who has been commended for taking down the Russian Mafia in Spain says Britain’s contribution to fighting Russian crime groups is “less than negative,” the Independent reported Saturday. 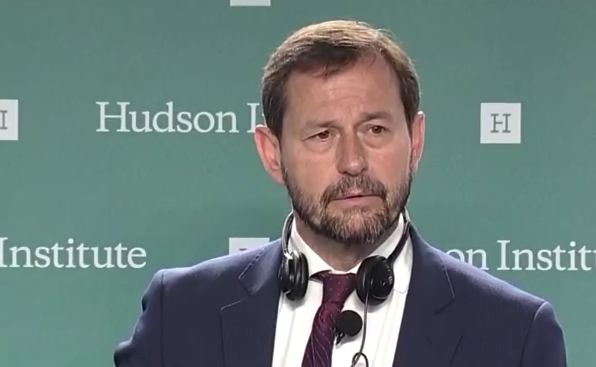 Jose Grinda (From C-Span)Spanish prosecutor Jose Grinda told The American Interest that there are links between UK politicians and oligarchs and that the country is full of “oligarchs that have taken dirty money, taken money from a criminal organisation.”

According to Spanish authorities Cherney is the leader of one of Russia's most infamous crime groups, the Izmailovskaya.

When Grinda spoke to a British representative about this failure in 2012, he was promised things would change, which according to Grinda did not happen.

“The United Kingdom was not aware at the time of the danger these people represented,” Grinda said. “They were just not involved in fighting it."

Since he started working on Russian organized crime cases in 2006, Grinda’s investigations have lead to long sentences and dozens of arrested suspects, including Zakhar Kalashov, a leading figure in the Caucasus gangland.

After a Wikileaks cable publication in 2010 where Grinda said that Belarus, Chechnya and Russia were “mafia states,” he became famous for his opinions on states’ failures to combat Russian-speaking crime groups.