Authorities in five countries arrested 74 suspects in an operation aimed at disrupting email fraud schemes that intercept and hijack wire transfers from businesses and individuals, the FBI announced Monday. 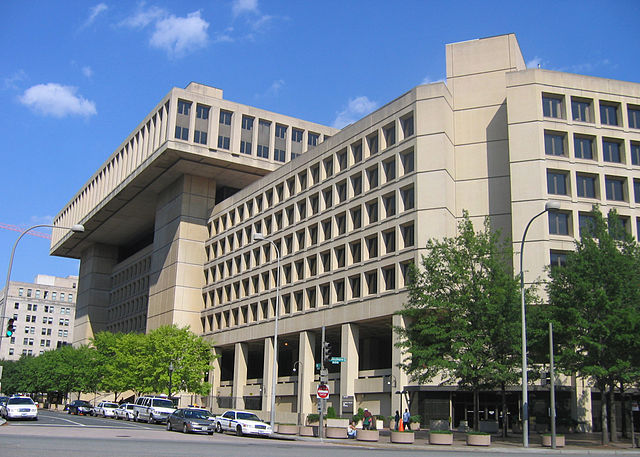 FBI Headquarters (By I, Aude, CC BY-SA 3.0)Operation WireWire – the code name of the initiative – was a six-month investigation that recently culminated in 42 arrests in the U.S., 29 in Nigeria, and three in Canada, Mauritius, and Poland. Authorities also seized nearly US$2.4 million and recovered around US$14 million in fraudulent wire transfers.

The suspects used business email compromise (BEC) schemes, which targeted employees with financial authority and tricked them into making wire transfers to criminal bank accounts thought to be trusted.

Money mules play a particularly important role in these schemes. They receive the stolen money and then transfer it to the criminal bank accounts, keeping a fraction for themselves. During Operation WireWire, U.S. law enforcement agencies charged 15 alleged money mules.

In addition to scamming businesses directly, however, these same criminal organizations were also exploiting vulnerable individuals, such as the elderly, by convincing them to make wire transfers, according to the FBI.

“Fraudsters can rob people of their life’s savings in a matter of minutes,” U.S. Attorney General Jeff Sessions said in a Department of Justice statement. “These are malicious and morally repugnant crimes.”

Since the FBI’s Internet Crime Complaint Center (IC3) began collecting complaints on BEC scams in 2015, there has been a 1,300 percent increase in identified losses, which now total over US$3 billion.

One of the main difficulties in cracking down on BEC crime is its international nature. The organizations perpetrating these schemes originated in Nigeria but have spread throughout the world. International law makes it extremely difficult to access perpetrators in Nigeria, allowing these crimes to persist.

“There were no repercussions before,” James Bettke, a counter-threat unit researcher at Secureworks, a security firm that has tracked Nigerian email scammers for years, told Wired.

“Scammers would just keep stealing and stealing, because they thought they were untouchable. Now that these arrests are happening they might have second thoughts.”

Operation WireWire’s success is in large part due to collaboration and coordination between law enforcement agencies in Poland, Canada, Mauritius, Indonesia and Malaysia.

“We will continue to work together with our law enforcement partners around the world to end these fraud schemes and protect the hard-earned assets of our citizens,” FBI Director Christopher Wray said in a Department of Justice statement.

Though this move barely scratches the surface of the massive fraudulent infrastructure pervading society, specialists in the field believe that the operation punctured the exterior of an interwoven network of fraud.

“Once you get through one you can really start mapping everything else out,” Bettke told Wired. “You can start pivoting from person to person and work your way up fairly quickly.”