Authorities arrested former first lady of El Salvador, Vanda Pignato, on Tuesday for alleged participation in a US$351 million embezzlement scheme run by her husband, former President Mauricio Funes, according to the Associated Press. 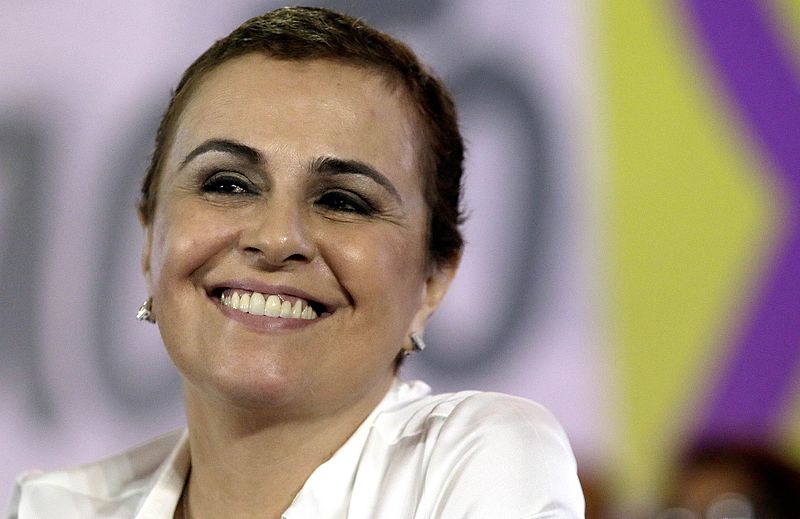 Former First Lady Vanda PignatoFunes and 30 members associated with his alleged corruption schemes, including two of his sons, were ordered arrests last week, the agency said. He is charged with stealing US$292 million from El Salvador’s mortgage bank, millions of which were carried out in garbage bags.

He is accused of using the public funds for trips, home remodeling, and hospital bills, Reuters reported. Funes’ private secretary, Ada Guzman Siguenza, allegedly used some of the funds for plastic surgery in Beverly Hills.

In addition to Funes’ current wife, the 30 arrests also include his ex-wife, Guzman Siguenza, the current minister of social inclusion and other former high-ranking officials, according to Reuters.

Funes defended himself on Twitter, arguing there was no evidence to support any of the accusations and blamed the prosecutors of building their cases “following the script of Hollywood movies.”

Funes was President of El Salvador from 2009 to 2014. He led the leftist Farabundo Marti National Liberation Front, a party that lost power following the 1980-1992 civil war and only came back to the forefront of El Salvador’s politics with Funes’ rise to power, according to Reuters.

In 2016, he was granted asylum in Nicaragua after coming under scrutiny in El Salvador for numerous corruption charges and allegedly making agreements with gangs, according to The Guardian.

In addition to the multi million dollar corruption charges within his government, investigators also said that the family had inexplicably gained more than $700,000 in income.

The former President continues to deny all charges and says he has been a victim of political attacks conducted by businessmen and conservatives.