Leaders of INTERPOL and the United Nations Office on Drugs and Crime reasserted their commitment to jointly combat transnational crime by sharing data, countering foreign terrorists together and fostering inter-regional law enforcement cooperation. 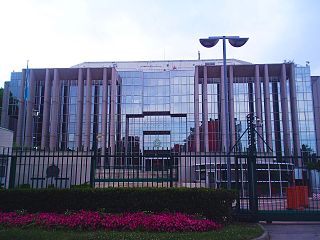 Interpol Headquarters (Massimiliano Mariani, CC BY-SA 3.0)"With the joint action plan and cooperation arrangement, we have a solid foundation for further advancing our work together to prevent and address threats posed by organized crime, drugs and terrorism, and contribute to international security and sustainable development," the UNODC Executive Director, Yury Fedotov, said after Wednesday’s meeting at INTERPOL’s headquarters in Lyon, France.

Specifically, he emphasized the need for increased support in addressing record levels of opiate production in Afghanistan, as well as supply-driven expansion of terrorist-financed drug markets.

In 2015, the two agencies signed a Joint Action Plan across six common areas, including illicit trafficking and organized crime, cybercrime and institutional capacity. The partnership leverages the use of INTERPOL’s policing capabilities alongside UNODC technical assistance initiatives.

“At a time of unprecedented threats against society, maximising our resources through cooperation with UNODC will help us better support our member countries in tackling criminal enterprises,” INTERPOL Secretary General, Jurgen Stock, said.

In 2017, an operation within the CRIMJUST Project, a four year joint initiative between the two agencies and Transparency International, resulted in the seizure of 52 tonnes of cocaine, cannabis and heroin. The cocaine alone was estimated to be worth US$950 million.