Military Censorship and Threats to Journalists Rise in Pakistan 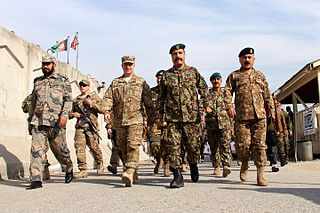 Pakistani Military (Capt. Jarrod Morris)In a separate incident, broadcast journalist Asad Kharal tweeted on Tuesday that he was in the hospital after being beaten by masked men not far from where Bukhari was abducted. They are only the most recent developments in a growing trend of dangerous media censorship in Pakistan.

Pakistan has never been an easy country to cover, however, in the last few years, and especially in the lead up to the July 25 general election, the military has tightened its grip on censorship and journalists have experienced an increase of threats on their lives.

Pakistan’s 2017 press freedom status is “not free” according to Freedom House. The 2017 Freedom of the Press report states that “threats directed at journalists from a variety of actors, including the military and intelligence agencies and militant groups; and the threat of violence contribute to a hostile operating environment for Pakistan’s journalists.”

Reporters Without Borders ranked it 139 out of 180 in the 2018 World Press Freedom Index.

In April, the country’s largest and most popular television network, Geo, was shut down in at least 80% of the country, The Guardian reported. In May, national distribution of Dawn newspaper was halted following an interview with ousted Prime Minister Nawaz Sharif, the Committee to Protect Journalists said.

Censorship of individual Pakistani journalists has also increased. On May 28, a well-known columnist, Syed Talat Hussain, tweeted that the news did not publish his column about rising systematic censorship in Pakistan.

Mosharraf Zaidi, a journalist who writes about the army’s alleged role in discrimination of the Pashtun ethnic minority, tweeted on Apr. 17 that The News International refused to publish his column.

But in addition to the overt limiting of news distribution and publication by the military, Pakistani journalists face constant covert threats and attacks on their lives.

“Pakistan remains among the most dangerous places in the world to practice journalism,” Freedom House stated in its 2017 Freedom of the Press report. “Impunity remains the norm for attacks against journalists.”

Taha Siddiqui, who is known for his critical reporting on the military, barely escaped a kidnapping attempt on his way to the airport in January, the BBC reported. “I suspect the people who tried to kidnap me were from the army,” Siddiqui told Radio Free Europe. He said that he received threats from the army and intelligence agencies prior to the kidnapping attempt.

Raza Rumi, a TV anchor who has spoken against the army’s alleged support for militant organizations in India and Afghanistan, was attacked in March 2014 when gunmen opened fire on his car. His driver was killed.

Bukhari was abducted on her way to record a TV program when she was intercepted and taken away, Radio Free Europe said. Bukhari’s driver said that a group of pick-up trucks stopped her vehicle, men put a black mask on her face and dragged her away while men wearing army uniforms stood guard.