One day after the Pope visited a suburb of Rome to tell its inhabitants to speak up against the mafia, three people were arrested for running an extortion racket, ANSA and Repubblica reported Monday. 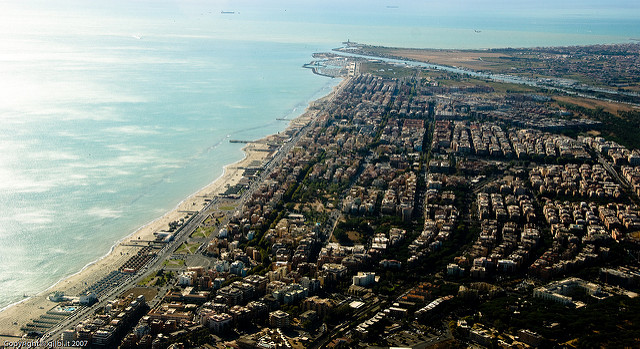 Ostia (By: Gilberto Gaudio CC2.0)The once-tranquil seaside town of Ostia lies right next to Rome and was put under control of a government commissioner in 2014 after an investigation dubbed “Mafia Capital” indicated possible mafia infiltration in the local administration, according to Reuters.

During his visit on Sunday, Pope Francis decided to hold the traditional Corpus Christi feast Mass in working-class parishes of Ostia rather than the affluent center of Rome. During the Mass, he used nautical language to address the inhabitants’ fearful silence instilled by the mafia.

“Jesus wants the walls of indifference and ‘omerta’ to be breached, iron bars of oppression and arrogance torn asunder, and paths cleared for justice, civility and legality,” he said.

Loosen "the knots that keep us bound to the moorings of fear and depression,” he added.

On Monday, three mafiosi were arrested in the seaport for continued extortion and forcing their victim to sign checks totaling 30,000 euros (US$35,000). When the extortioners learned that the checks weren’t covered, the mobsters attempted to sell her car and make her take out a loan.

Ostia is home to the infamous Spada crime family, of which authorities arrested dozens of members in January. Officials say they were involved in drug trafficking and extortion rackets involving beach concessions and restaurants.

Roberto Spada attacked an investigative journalist last year outside one of his gyms.

Roberto and his brother Carmine were among those arrested in January and according to police had ordered the killings of Francesco “Little Moustache” Antonini and Giovanni “Black Rat” Galleoni, who were shot in front of the busy bar and restaurant area next to the beach, Deutsche Welle reported.