The European Commission proposed a new anti-fraud program Wednesday that would provide €181 million to aid EU member states in combating fraud, corruption and other financial irregularities. 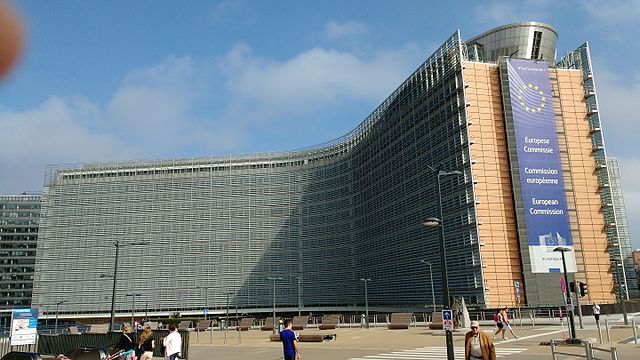 European Commision, Brussels (Drow male, CC BY-SA 4.0)The proposal for the 2021-2027 budget would fund targeted trainings and new investigative equipment for anti-corruption authorities, as well as improved avenues for the exchange of information across borders.

It would be managed by the European Anti-Fraud Office, OLAF.

Wednesday’s announcement marks another milestone in the EU’s efforts to stamp out financial corruption. Last week, the commission issued new rules to tighten the relationship between OLAF and the European Public Prosecutor's Office, EPPO, in an effort to increase each agency’s ability to detect and investigate fraud.

The proposed €181 million would be a significant increase in money designated to anti-fraud activity in the EU. The currently funded program, Hercule III, has a total budget of €104.9 milion.

"The new EU Anti-Fraud Programme will make a tangible contribution to boosting the fight against fraud and corruption to the detriment of the EU budget,” said European Commissioner for Budget and Human Resources, Gunther Oettinger.

“Reinforcing cooperation between Member States enforcers and providing them with state of the art investigative tools can make all the difference in identifying fraudsters, stopping smugglers, or preventing corruption in procurement procedures," he said.

The new EU anti-fraud program would undertake projects similar to those financed under Hercule III, such as the development of advanced IT tools and the training of sniffer dogs, and would expand its focus on fostering transnational cooperation and knowledge exchange.

This includes support for joint investigative efforts of customs authorities across member states, according to a statement by the commission, “since such joint operations are key in dismantling criminal networks operating across borders.”

The Commission said that swift agreement on the next budget is essential for a seamless transition between the current and new long-term budgets. It warned that delays similar to those in the previous budgetary period would be at the expense of taxpayers.