Wearing black T-shirts and hoods with slogans "#Afgan" and "No Investigations Means No Cooperation," about 30 friends and human rights activists demonstrated in front of the former Parliament building on the first anniversary of the day Afgan Mukhtarli disappeared from the streets of Tbilisi. 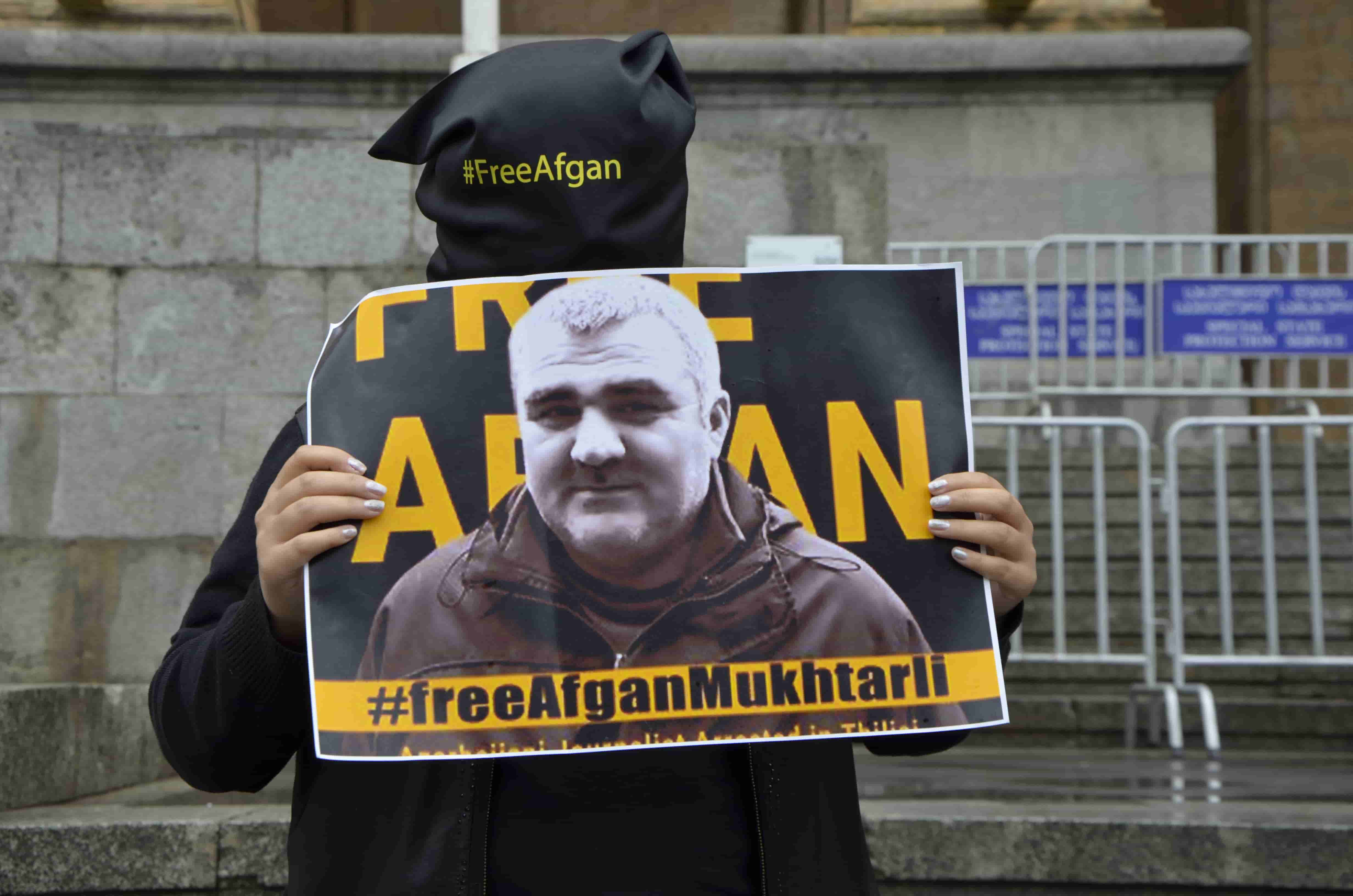 Mukhtarli has been in custody for one year.The Azerbaijan journalist who had fled to Tbilisi disappeared last May 29, only to reappear in a Baku prison less than 24 hours later. He is serving a six-year sentence after being convicted of illegally crossing the border into Azerbaijan, illegally carrying 10,000 euro of undeclared currency, and assaulting a border guard.

Mukhtarli claims he was kidnapped and forced across the border. He appealed the conviction, but the court turned it down in April.

Along with his wife, Mukhtarli left Azerbaijan in 2015 to escape the government’s crackdown on critics. He worked for independent and opposition media outlets that exposed corruption in Azerbaijan’s government, including extensive business networks owned by President Ilham Aliyev and his affiliates in Georgia, Human Rights Watch said.

Human Rights House Tbilisi organized the demonstration despite heavy day-long rain. The "No Investigations Means No Cooperation" slogan refers to the Georgian government's inability to explain what happened to him.

On May 24, Georgia chief prosecutor Irakli Shotadze said his government is still waiting for answers to a written request that his office be allowed to come to Baku and interview Mukhtarli. According to Shotadze, his office has also asked Azerbaijan officials for court documents and the court ruling convicting Mukhtarli.

Shotadze says that despite interviewing hundreds of witnesses in Georgia and looking at hours of surveillance video, "no evidence has been obtained (to) inform the public of what happened."

In similar cases, the European Court of Human Rights has stated that illegal transfers of people to other countries in order to expose them to harsher or milder legal procedures “is an absolute negation of the rule of law and the values protected by the Convention. It therefore amounts to a violation of the most basic rights guaranteed by the Convention.”