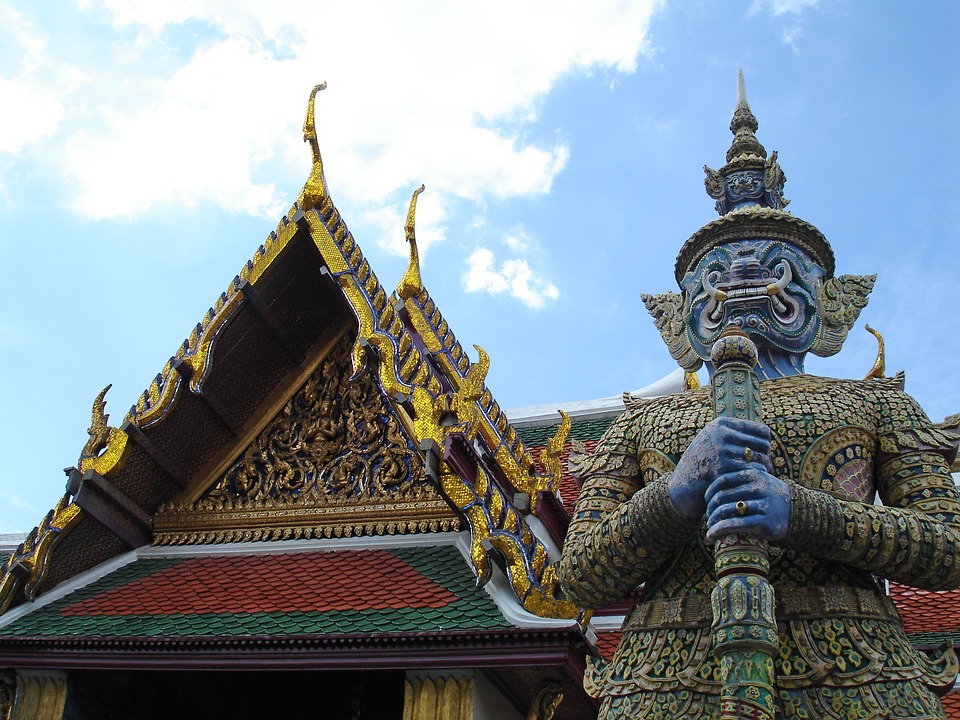 A Buddhist Temple in Bangkok

“This is the investigation stage,” a police official at the Central investigation Bureau told reporters. “It will all come down to facts and evidence.”

Four temples were hit in Bangkok and the adjacent central province of Nakhon Pathom.

Among those arrested for embezzling temple funds was Phra Phrom Dilok. He is a member of the Sangha Supreme Council, the governing body of Thai Buddhists composed of the highest ranking monks in the country.

Also arrested was Phra Buddha Issara, an activist who had once launched a campaign to clean up Buddhism. He is claimed to have committed a robbery during anti-government protests in 2014 that he helped lead.

About 90 percent of Thais are Buddhist and temples earn billions in donations every year, according to Reuters. Challenging the authority of Buddhist monks, who are revered, has been historically inconceivable.

“The money and power swirling around some Thai temples and monks makes them immune to criticism,” Sulak Sivaraksa, a pre-eminent Buddhist scholar, told the Irish Independent.

Recent scandals, however, have inspired a different tone. Under pressure from the military junta, Buddhist leaders have been enforcing tougher discipline over the more than 300,000 Thai monks in an effort to purge corruption, Reuters reported.