West Africa Leaks: How Billions are Leaving Africa for Offshores

Multinationals, politicians, corporate moguls, and European consuls all used offshore companies and bank accounts to hide money and avoid taxes in West Africa, according to an investigation by the International Consortium of Investigative Journalists released Tuesday. 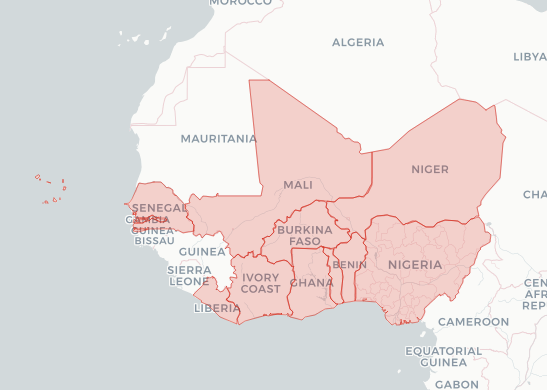 West Africa Leaks Interactive MapSenegal is one of the poorest countries in the world, but this didn’t stop a Canadian firm from using an offshore to prevent paying taxes there, one of ICIJ’s stories explains.

When SNC-Lavalin made a deal to build a US$50 million processing plant, it turned to the island of Mauritius to create a treaty with Senegal that allowed the company to skip out on almost $9 million in taxes. The 2004 Senegal-Mauritius treaty is one of many agreements diverting billions of dollars away from the poorest countries in Africa and Asia.

He and his son, Jean-Luc, opened a superstore called Erevan in the seaside town of Cotonou, which is also where Benin’s government is seated.

Jean-Luc also plays a ceremonial role in the country, namely as trade advisor to France, according to ICIJ’s story.

Benin President Boni Yayi came to the opening of the superstore in 2009 and awarded Tchifteyan the National Order of Benin.

“It’s a true marriage that united Benin and I,” Tchifteyan said. “And it is a happy and fruitful marriage.”

A look at the tax filings of the Tchifteyans, however, shows how the superstore steered supplier payments through a Panamanian company and a bank in Monaco in order to avoid paying taxes in Benin.

Leaked documents from ICIJ’S offshore investigations show that “honorary consuls’ offshore financial dealings sometimes intermingle with those of corporations and kleptocrats accused of looting Africa to the tune of at least $50 billion a year.”

ICIJ worked with the West African investigative center Cenozo, which published stories over the weekend about offshore practices in the region.

Transparency International on Tuesday called for more openness about company ownership across West Africa to prevent power abuse by officials, conflict of interest, and money laundering.

Jessica Ebrard, project coordinator working on anti-money laundering in West Africa, said, “These revelations show that people in high-level positions have multiple opportunities to abuse their power while hiding their actions from authorities. Financial centers and West African authorities both need to have more effective anti-corruption measures in place, in particular full transparency around who really owns corporate structures."