Myanmar: Judge to Rule on Data of Detained Journalists

A Myanmar judge will decide soon whether evidence police claim to have obtained from the mobile phones of two detained Reuters reporters will be admissible in court, Reuters reported Monday. 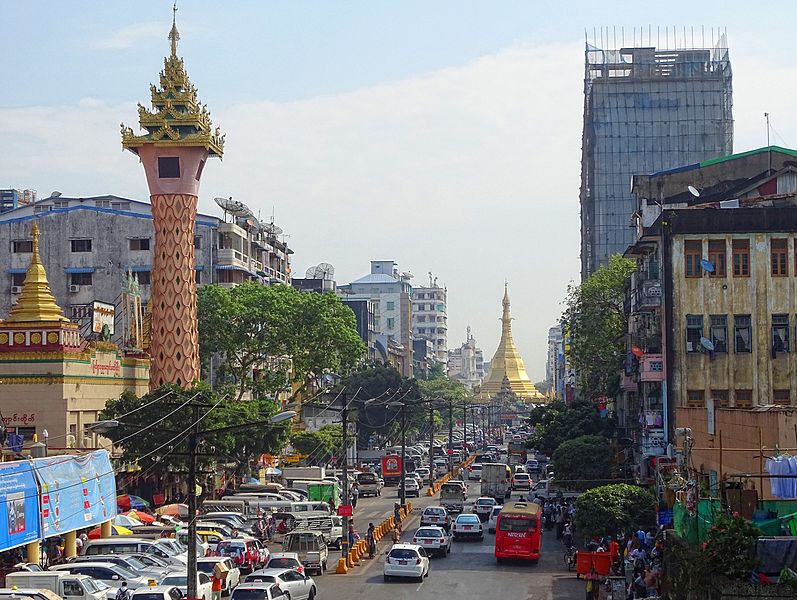 Maha Bandula Street, Yangon (Photo: Bjørn Christian Tørrissen,CC BY-SA 4.0)The two journalists were arrested last December for alleged possession of secret documents and have been imprisoned since in Yangon.

Reporters Wa Lone and and Kyaw Soe Oo were investigating the murder of 10 Rohingya Muslim men and boys during an army crackdown in Myanmar’s Rakhine state when they were taken into custody, according to Reuters.

The two men, aged 32 and 28, face prosecution under a colonial-era Official Secrets Act - a charge that carries up to 14 years in prison.

The police apparently framed the two reporters, who Reuters say were arrested almost immediately after being given rolled up papers by two policemen who invited them to dinner in northern Yangon.

According to testimony last month by Police Captain Moe Yan Naing, a senior officer had ordered the policemen to “plant” secret documents on Wa Lone in order to “trap” them.

Senior police officials have denied this.

A judge in Yangon on Monday ordered police IT expert Major Aung Kyaw San to demonstrate at an upcoming hearing how he extracted data from the journalists’ confiscated phones.

The prosecution had previously asked the judge to simply accept printed copies of the alleged secret documents as sufficient evidence they were stored on the devices.

The defense objected, arguing that printed documents did not demonstrate satisfactory proof that they were extracted from the journalists’ phones or laptops.