South of Spain in Grip of Drug Violence

Over the weekend, Spanish police seized more than 900 kilograms of cocaine and 15 tons of hashish, and dismantled an international drug trafficking group. Spanish drug gangs still seem unstoppable despite all this. 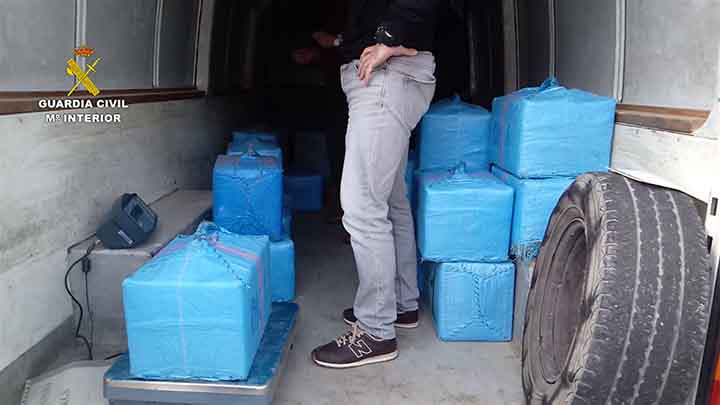 Tons of Hashish Seized in Gibraltar (Guardia Civil)Last month was flush with incidents related to drug cartels in Cadiz, Spain’s most southern province, and gang members are becoming more brazen by the day, Agence France-Presse reported.

Along the coasts of the Gibraltar Strait, drug traffickers were unloading hashish on the beach in broad daylight, police officers were attacked, gang members stormed a hospital to release a top trafficker from custody, others disguised themselves as police officers to rob a rival gang, and a 9-year-old boy was killed when a drug boat ran into his father’s vessel.

"The surge in violence by drug traffickers is increasing. There are more and more attacks" against police, said Juan Encinas of the Cadiz Unified Association of Civil Guards.

In the Southern port city of Algeciras, hundreds took to the main square to protest the rise in cartel violence after officers were attacked leaving a restaurant.

Police unions are worried that the separate groups will come together to form a powerful cartel.

The central government has sent more police to the region, and the Guardia Civil has made more seizures than ever.

Interior Minister Juan Ignacio Zoido said the recent seizures and arrests show that the new strategy is working. He said authorities had seized more drugs by the end of April than they did in the whole of 2017.

Police unions, on the other hand, say that the successes only reflect the rise in drugs being imported in the country. They say that 30 drug trafficking groups are operating in the region and that they have about 3,000 direct collaborators.

The largest group operating as hashish traffickers between Morocco and Spain is called “Los Castanas,” headed by the Moroccan “Messi of Hashish,” Abdellah el Haj.

Cocaine comes in from Colombia and Latin America, which has many colonial ties to Spain. With an unemployment rate of more than 30 percent, Cadiz has an oversupply of people in need of money and willing to venture into the drug business.