Hundreds gathered in Sarajevo on Tuesday to protest against what they perceive as corruption and police cover-ups in two separate murders in different parts of the country. 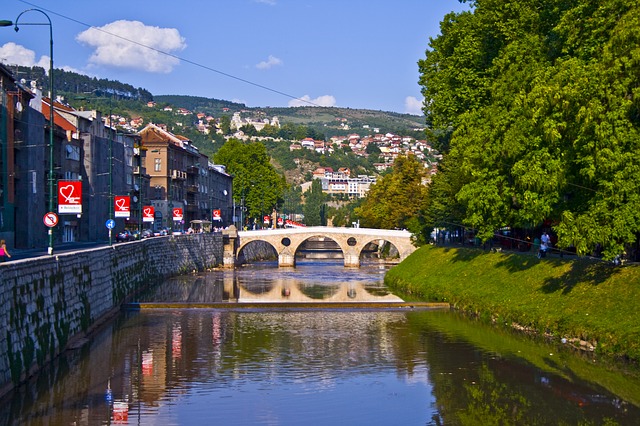 The Latin Bridge in Sarajevo, Bosnia-Herzegovina (Photo Credit: Pixabay)The protesters were led by the victims’ fathers, a Muslim Bosniak and a Bosnian Serb, whose persistence in trying to find the truth about their children’s deaths united citizens from both parts of the ethnically divided country.

Protesters held placards that read “You do not give us the truth” and “We have evidence.”

Both families mistrust investigations conducted by their regional police and judicial authorities.

The young men’s fathers, Muriz Memic and Davor Dragicevic, have accused the police of covering up the unrelated deaths, according to Reuters. Authorities deny any wrongdoing.

Muriz Memic is fighting his battle since his son’s death in Sarajevo in 2016. Dzenan Memic, 22, died of wounds to the head after being hit by a van.

Prosecutors originally said Memic’s death was intentional homicide before saying it was a vehicle accident, Radio Free Europe/Radio Liberty reported. Two men were charged but the charges were later dropped. The victim’s father has accused police and prosecutors of protecting those really behind the death.

David Dragicevic, 21, went missing in Banja Luka in March this year and his body was found a week later in a river. Authorities say he had alcohol and drugs in his body when he drowned but his father Davor claims he was brutally tortured and murdered.

The families come from two of Bosnia’s regions that make up the country - the Bosniak-Croat dominated Federation of Bosnia-Herzegovina and the Serb-majority Republika Srpska. The two parts have been at odds since the 1992-95 war but the pain and anger of the two families with their authorities united them and their supporters.

Despite rhetoric used by nationalists who advocate solidarity only among their own ethnic groups, the Tuesday protest saw people from both Sarajevo and from Banja Luka marching together, united in their dissatisfaction with corruption.

“My child was killed by a system created after the war,” Dragicevic said to the crowd in Sarajevo on Tuesday. “I will never forgive them for David, Dzenan and all the other children. Criminals have no religion nor nationality, just their own interests.”

"They [the authorities] are either incompetent or corrupt. There is no other explanation," Memic said.