Organized crime and the rise in gang activity “affects more UK citizens, more often, than any other security threat,” according to a report released on Monday by the UK’s National Crime Agency. 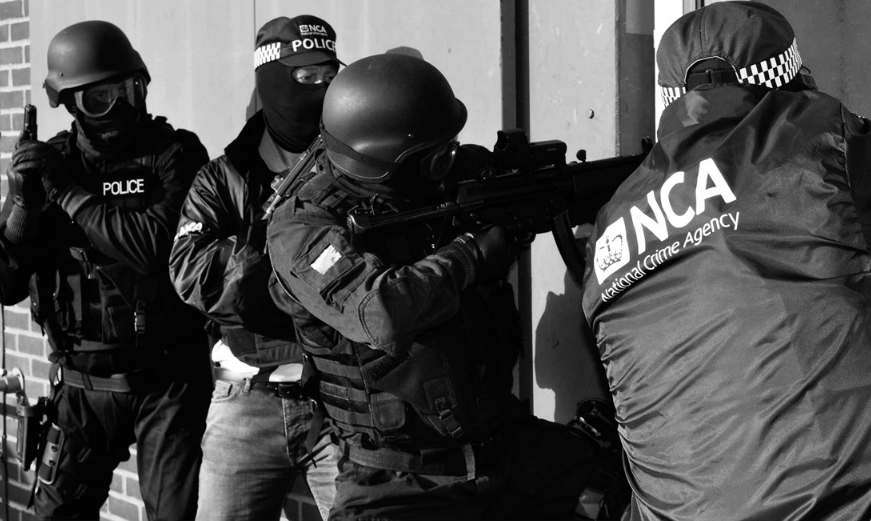 National Crime Agency Officers enter a buildingOrganized crime continues to grow through abusing technology and working cross-borders, creating an ever greater threat to national security. The UK also continues to be a prime destination for money laundering by corrupt officials from abroad, especially Russia, Nigeria and Pakistan, the report said.

Modern slavery and human trafficking is “continually and gradually increasing” and gun crimes are on the rise, which the report links to an increase in weapons being imported across the border from Europe.

Firearm offences increased by 27 percent in 2016 and 2017 and drugs deaths are at their highest level since recording began in 1993.

Drug networks are active in every part of the UK and involving more vulnerable young people in their operations, resulting in more “associated violent crime.”

Individuals and communities across the country experience more violence and intimidation through being caught in the crossfire of rivaling gangs, territorial control, and extortion.

Besides using international connections to “increase the reach of their activity, and to maximise profits,” criminals are also diversifying their sources of income, said NCA Director General Lynne Owens.

“We are also seeing ever-increasing crossover between crime threats, with finance at the heart of this,” Owens said. “Organized criminals involved in smuggling of people or firearms also supply drugs, and the relationship between organized immigration crime and modern slavery is becoming more apparent.”

“Criminal groups seek to make as much money as possible from the suffering and exploitation of others, and continue to put the public at risk,” she added.

The report is based on intelligence from law enforcement, immigration, prison and border departments, and intelligence agencies such as MI5.

By using encryption and anonymization techniques, such as the dark web, criminals are making it hard for law enforcement to collect “intelligence and evidence,” the report said.

International conflict is one of the drivers that the report expects to “continue to place the threat in an upward trajectory.”

By the end of 2017, there were 4,269 mapped organized crime groups, which are increasingly working together in criminal networks. Existing criminal infrastructures such as money laundering networks allow newcomers to easily hide the criminal origins of their money, which in turn allows them to safely expand their dubious businesses.

Most of the dirty money that is being laundered in the UK comes from Russia, China, Hong Kong, Pakistan and the United Arab Emirates.