US investigators are looking into how former executives of a Dutch banking giant may have obstructed an investigation into its California branch that laundered hundreds of millions dollars of Mexican drug-cartel money, Bloomberg reported Thursday. 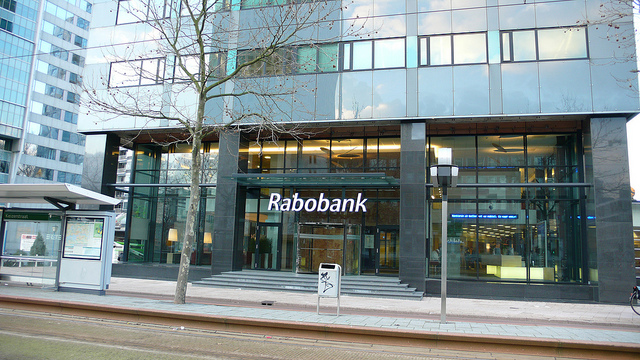 Rabobank Rotterdam (From: Ben Kraan Architecten)The Justice Department aims to raise charges against ex-Chief Executive Officer John Ryan, Rabobank’s former general counsel and a former compliance chief, for obstructing the investigation into the lender’s failures to prevent money laundering, according to two sources who wished to remain anonymous as the investigation is ongoing.

The Office of the Comptroller of the Currency, OCC, also wants to sanction the executives, said one of the sources. OCC informed the former compliance chief, Laura Akahoshi, that it intends to ban her from banking and fine her US$50,000.

In February, the bank’s US unit admitted guilt to obstructing examination by the OCC and concealing deficiencies in its anti-money laundering program, for which they forfeited US$369 million, the amount of money that should have been flagged to law enforcement.

Internal emails and discussions show how top executives of Rabobank’s California unit obstructed employees from exposing that its branches near the Mexican border were used to launder drug money.

“In pleading guilty, Rabobank admitted to conspiring with several former executives to defraud the United States by unlawfully impeding the OCC’s ability to regulate the bank, and to obstruct an examination by the OCC of its operations throughout California, including its Calexico and Tecate bank branches,” the Justice Department said.

The deficiencies allowed “millions of dollars in untraceable cash” into its rural California branches and for it to be transferred via wire, checks and cash transactions without notifying the federal regulators, as required by law.

“When Rabobank learned that substantial numbers of its customers’ transactions were indicative of international narcotics trafficking, organized crime, and money laundering activities, it chose to look the other way and to cover up deficiencies in its anti-money laundering program,” Acting Assistant Attorney General Cronan said in February.

According to the Justice Department, the California branch allowed illicit funds to be processed by the bank without adequate review since 2009.