The United Nations Security Council asked its member states on Tuesday to do more to stop terrorists from making money through organized crime. 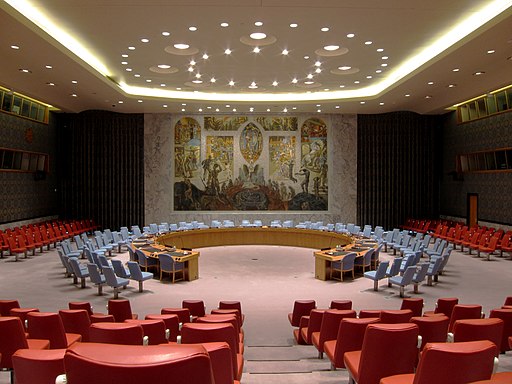 UN Security Council (By Neptuul, CC)The Council called for better security and cooperation between its countries and to use international resources such as Interpol in combating cross-border crime groups.

Member states need to “secure their borders against, investigate and prosecute terrorists and criminals working with them, including by strengthening national, regional and global systems to collect, analyze and exchange information,” said Joanna Wronecka the Polish representative holding presidency this month.

In order to strengthen international cooperation, governments need to use “all existing tools” and resources of Interpol, the UN Office on Drugs and Crime, the International Civil Aviation Organization and the World Customs Organization.

The UNODC and the UN’s counterterrorism bodies should monitor cooperation between terrorism and organized crime more closely in order to get a better understanding of crime-funded terrorism.

At the same time, the statement also issued a warning that any new counter-terrorism measures need to comply with international law obligations such as human rights, refugee law and humanitarian law.

“Respect for human rights, fundamental freedoms and the rule of law are complementary and mutually reinforcing with effective counter-terrorism measures and are an essential part of a successful counter-terrorism effort,” the Council stated.