An Italian supreme court ruled that the former mayor of Siderno can be considered a member of the Calabrian mafia and sentenced him to 12 years in prison for mafia association, Il Fatto Quotidiano reported Monday. 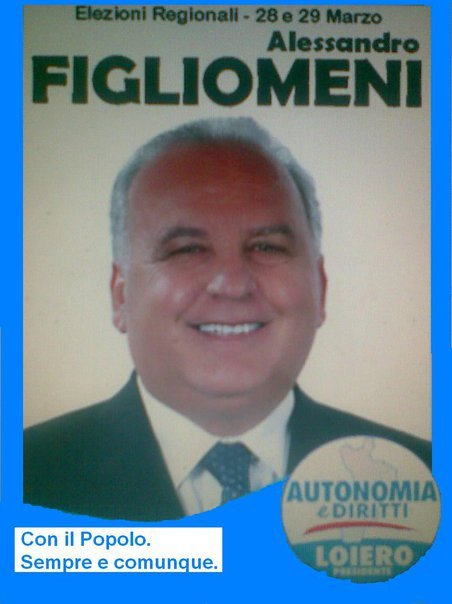 Figliomeni Election Poster (From: Facebook)Alessandro Figliomeni “belongs to” and plays a “top managerial role” in the ‘Ndrangheta, the court said. The former Calabrian mayor was a candidate for Berlusconi’s People of Freedom Party.

According to investigators, Figliomeni made it to the high rank of ‘santista’ in the Commisso clan, one of the most powerful and richest divisions of the ‘Ndrangheta.

The Siderno-based clan was lead by Guiseppe “il Mastro” Commisso until a few years ago and had associates as far as Canada and Australia. The international organization is also known as the Siderno Group.

Figliomeni’s role in the clan was uncovered during operation “Recovery,” which lead to 50 detention orders carried out by a mobile operations team of the police a few months after the 2010 regional elections.

Il Mastro had such influence in local politics that he could favor “the electoral outcome” and destroy “on the political level, any opponent,” said the Prosecutor General of Calabria.

The prosecutor’s office said that Figliomeni is "a politician of reference for the criminal association in Siderno and who, at the regional level, also promotes the interests of the gang.”