China and Taiwan Cracking Down on Organized Crime

Taiwan said on Thursday it arrested 310 known criminals, including several organized crime bosses, while China vowed to crack down on gangsters who have been terrorizing the countryside and manipulating village elections. 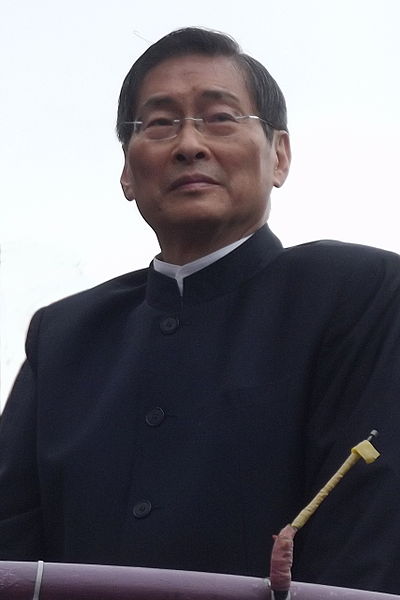 Chang An-Le (From: Rico Shen)The action of the National Police Agency of the Republic of China in Taiwan took place on Monday and among those arrested are four men affiliated with the Bamboo Union, the largest of Taiwan’s three Triad gangs involved in organized killings, sex trafficking and drug trade, Taipei Times reported.

The four men are also members of the Chinese Unity Promotion Party, which wants Taiwan to be back under full control of China and is led by Chang An-Le, also known as the “White Wolf.”

Among those arrested are also suspected members of the Heavenly Way Alliance, another one of Taiwan's top-three Triad gangs.

The crackdown focused mostly on Taipei and New Taipei City, where 471 premises were raided, according to Criminal Investigation Bureau Chief Tsai Tsang-po.

They prepared the sweep with weeks of surveillance and the suspects will be charged with extortion, blackmail, possession and breaching the Organized Crime Prevention Act.

Meanwhile, China launched a special campaign to combat gangsters that have been entering committees or using proxies to rig elections in the countryside. They have been mostly targeting villages that are run autonomously, Xinhuanet reported.

“It is forbidden for gangsters to interfere with village affairs, monopolize rural resources, encroach upon collective assets, or use family or clan influence to terrorize the countryside and bully fellow villagers," a spokesperson for the Ministry of Civil Affairs said.

The spokesperson added that “only a tiny number” of village committees are related to gangs. In order to combat their influence, the ministry wants to enhance oversight and check the committees for gangsters.

The ministry said it would improve the education and supervision of local officials, Reuters reported. More staff and funding was needed to fight the influence of rural crime gangs, they said.