The United Kingdom will force companies in its territories to join public registers in order to combat corruption and tax avoidance, the government announced Tuesday. 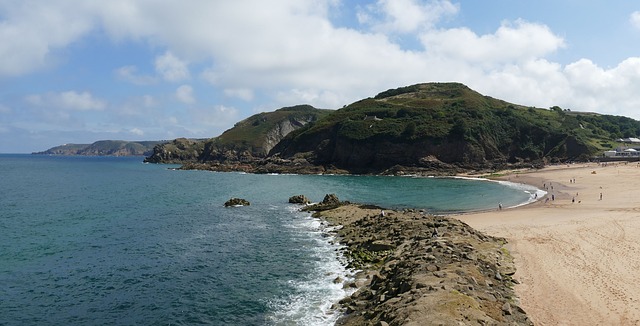 Jersey in the Channel Islands (Photo Credit: Pixabay)The overseas territories have come under pressure to provide details behind their secretive owners, according to Reuters. The secrecy may assist in efforts to launder money and evade taxes. The territories had previously only had to reveal the information on these companies’ ownership if authorities ask.

The amendment to the sanctions and anti-money laundering bill forces 14 overseas territories to create the public registers by 2020 or have the UK government impose them, the Guardian reported.

Margaret Hodge, a Labour member of parliament, backed the amendment with Conservative MP Andrew Mitchell. She said the registers would prevent criminals from “exploiting our secret regime, hiding their toxic wealth and laundering money into the legitimate system, often for nefarious purposes.”

“With open registers we will then know who owns what and where, and we will be able to see where the money flows, and then we will be better equipped to root out dirty money and deal with the issues that arise from that,” Hodge said, according to Reuters.

The amendment was also backed by several members of the ruling Conservative party and opposition Labour.

Mitchell, the Guardian reports, said the current registers are insufficient and that “public registers allow reporting and discussion of these matters by the media and civil society, as was demonstrated by debate that followed the leak of the Panama Papers.”

The registers were met with less enthusiasm from the governments of the territories.

Premier Orlando Smith of the British Virgin Islands called the accepted amendments “deeply flawed policy” in a statement, noting that the country already provides ownership information to the UK and authorities.

“The imposition of public registers of beneficial ownership on the Virgin Islands could have negative economic consequences,” Smith said. He warned that the the amendments could hamper recovery efforts after last year's hurricanes devastated the islands.

In a previous statement before the amendment was adopted, Smith said “if public registers become the global standard, then [the British Virgin Islands] will comply” while the amendment itself is an “imposition by the United Kingdom” that is unfair and discriminatory.

Over half of shell companies included in the Panama Papers were set up in the British Virgin Islands, Transparency International found.

The amendment does not apply to the Channel Islands and the Island of Man since the UK government does not have the right to impose laws on them, though parliament is investigating how to align these crown dependencies with the amendment.