New regulations in Kenya have people in indigenous communities hoping to stop the graft that the government allegedly is involved in, reports Reuters. 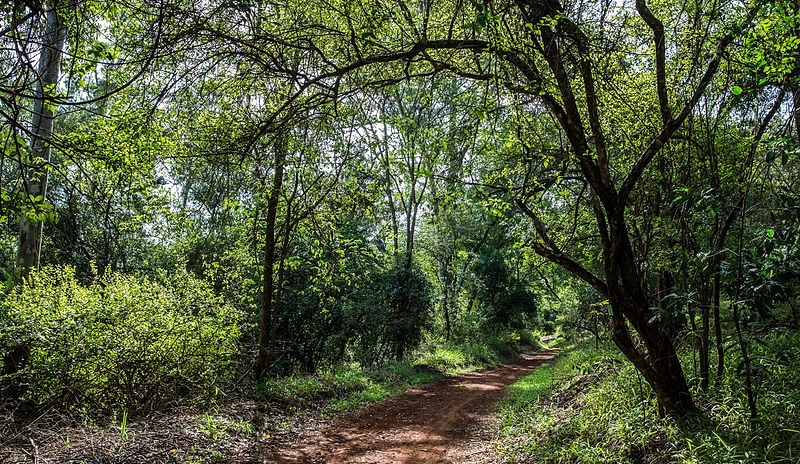 Karura Forest near Nairobi (Photo Credit: Ninaras, CC-BY-4.0)Illegal settling, logging, and charcoal production has reduced the country’s forests to only seven percent of the terrain and put the lives of indigenous communities at risk.

The Kenya Forest Service (KFS) oversees regulations pertaining to the forests including working with local people for permission to plant trees, grow crops, and other activities.

However the KFS has been accused of corruption in the past. Several high-level KFS officials were fired, suspended, or reshuffled recently. The corruption has played part in destroying the forests and galvanizing conflicts with the forest communities surrounding the forests.

In March, a new environment minister, Keriako Tobiko, ceased the Plantation Establishment for Livelihood Improvement Scheme. Known as PELIS, the program from 2005 seeks to stop illegal logging by providing ways for communities near the forests to make money.

PELIS has also seen its share of corruption, according to Reuters. Land that would have gone to communities was instead allegedly going to outside groups.

Tobiko has set up a taskforce in Nairobi to assess the country’s forest policies and laws.

Already, the taskforce has released some findings that identify KFS officers involvement in corruption as a major cause for deforestation, according to the Standard.

“We hope the taskforce will put all Kenyan communities into the law, especially communities like ours that have been protecting the forest for decades,” Peter Kitelo, an Ogiek activist told Reuters. Ogiek is one of the forest-dwelling communities in the country.

Many indigenous people see the overall scheme as unfair since they have to rely on the government to permit them to use their traditional land.

In reference to the corruption in the schemes and activities by indigenous groups, Christian Lambrechts, a member of the taskforce and executive director at conservation group Rhino Ark told Reuters, “We have to make sure that their ways of life is not jeopardizing the survival of the forest.”