Afgan Mukhtarli, the Azerbaijan journalist who disappeared from Tbilisi last May, only to reappear in a Baku prison, had his appeal denied in an Azerbaijan court on Tuesday. 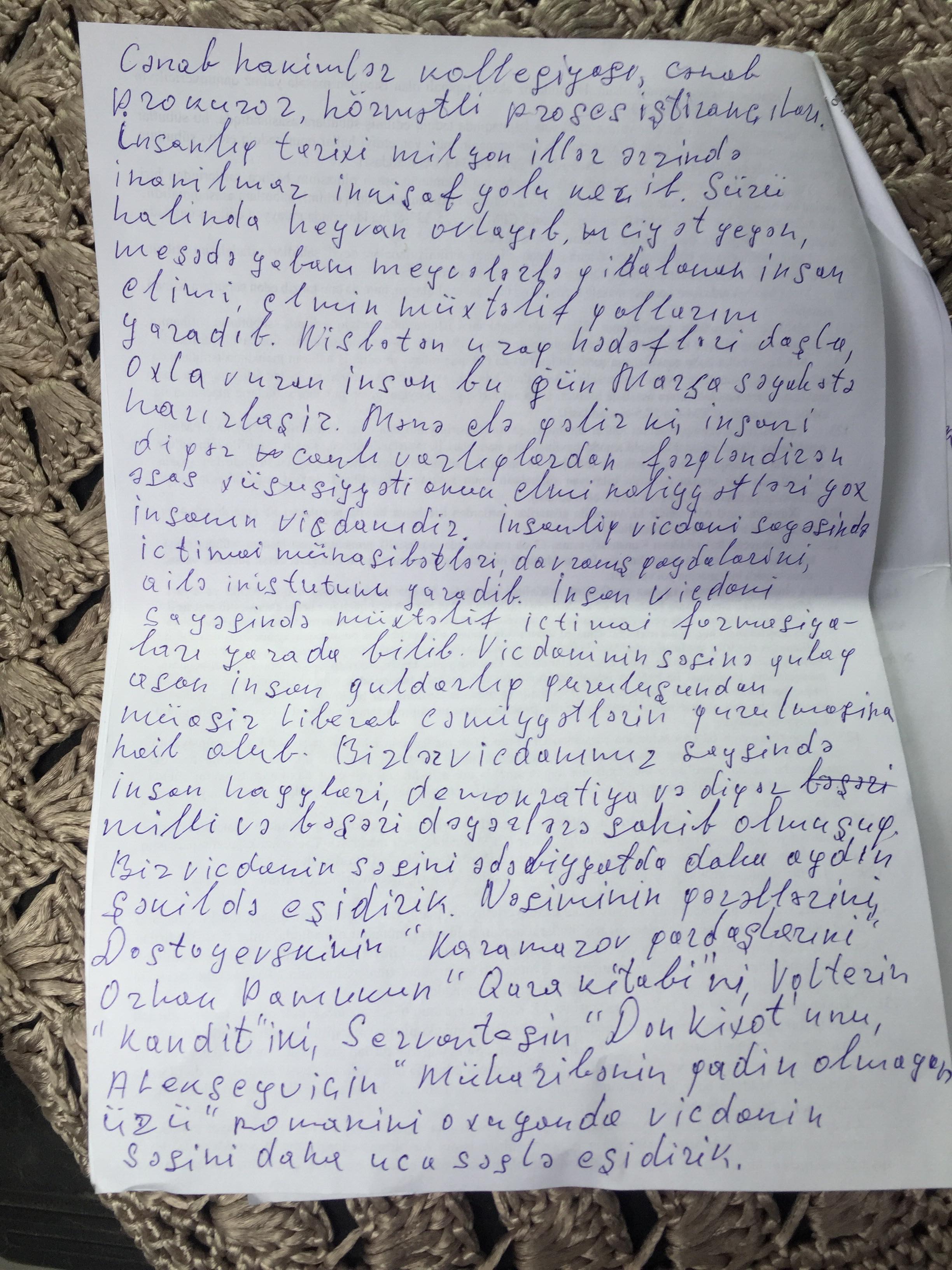 Mukhtarli's Hand-Written Letter to the JudgeA judge at the Appeals Court in Shaki ruled he must serve six years in prison on charges of illegally crossing the border with 10,000 euro of undeclared currency in his pocket, and assaulting a border guard. Mukhtarli claims he was kidnapped in Tbilisi, and forced across the border.

Gafur Mammadov, the guard allegedly assaulted, finally showed up after skipping the previous two court hearings. He testified that he spent the night of May 29 in a hospital after being assaulted.

Mukhtarli's lawyer Elchin Sadigov asked the prosecutor to produce a document proving Mammadov was in the hospital. The prosecutor said there was no written record.

In a two-page handwritten letter presented to the court, Mukhtarli wrote to the judge: "Freedom of speech and the press can be silenced, but the voice of your conscience cannot be silenced.

"I am sure the judgment against me was not your decision. But your signature will be on that verdict. I suggest you listen to the voice of your conscience, If not, it will torture you."

Sadigov said that the defense considers the ruling illegal and unjustified.

"Our complaints were not considered," he said and announced that Mukhtarli’s team will take the case to the Supreme Court and to the European Court of Human Rights in Strasbourg, if necessary.

Mukhtarli lost one of his lawyers a day before the hearing. On Monday, the Azerbaijan Bar Association suspended human rights lawyer Nemat Karimli for one year after the Prosecutors Office accused him of politicizing Mukhtarli's criminal case.

Thousands of lawyers have lost their right to work in Azerbaijan in the past year, and human rights lawyers claim they have been especially targeted.