Australian and Irish police have exposed a major drug trafficking network involving one of Ireland’s most notorious crime groups – the Kinahan cartel. The two-years long operation has led to the arrests of four Irish in Australia and New Zealand, the Sydney Morning Herald reported Sunday. 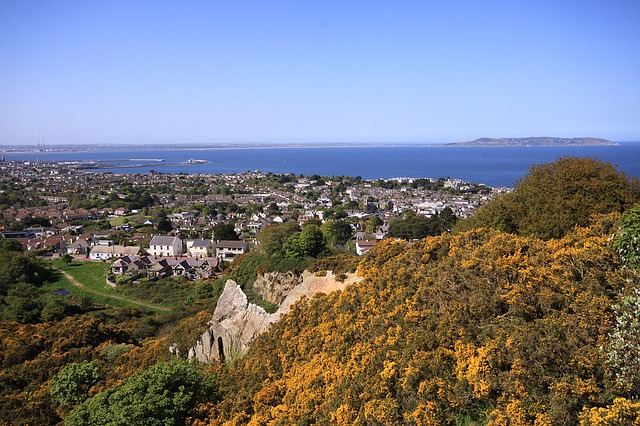 Dublin Bay (From: Pixabay)Through raids all over the greater Dublin area last week, police arrested six and discovered 250,000 euros (US$ 400,000) hidden in a mattress.

Since January, nine have been arrested for allegedly laundering drug money back to Ireland using Western Union transfers.

A number of those arrested traveled to Australia, Irish authorities confirmed.

The transnational investigation has lead to more arrests in Australia’s Darwin, Perth and Sydney as well as New Zealand’s Christchurch.

The cartel allegedly used men and women as drug mules who had to swallow or insert balloons containing drugs and had to pose as couples going on holiday in Australia. For this, they received a free holiday and tens of thousands of dollars.

As Ireland’s gatekeepers for drugs going to the UK, the Kinahan cartel is a hundred-million-dollar drug and money-laundering operation that is suspected to have been trafficking cocaine to Australia for years, a spokeswoman for the Irish police said.

The investigation started in 2016 when Irish and Australian police discovered that human couriers were being used to traffick drugs from Ireland to New Zealand and Australia, where the value of cocaine is four to five times that of Ireland.

An 2014 arrest of a 28-year old man from Dublin who was carrying drugs has been linked to the drug route as well.

Ian Padraig O’Heaire was on a 17-hour journey to Perth over Dubai when he started having seizures on the last leg of his journey. X-rays at the Royal Perth Hospital showed he had swallowed 27 balloons totaling almost 200 grams of cocaine with a purity of more than 69 percent.

According to an Australian court, O’Heaire became a mule to pay off a gambling debt of over US$ 22,000. He was supposed to meet an associate of the cartel in an Irish pub in Perth.

Irish police also believe that 30 kg of a substance with 2 percent of cocaine found in September 2017 was used for a double cross by the cartel.

The package was found on a Brisbane building site and was supposedly there to make recipients believe it had been seized by Australian police.

In Dublin, there has been a deadly turf war between the Kinahan and Hutch gangs since 2015 which lead to 29 dead by February, according to the Guardian. In 2016, six Hutch gang members took pistols and an AK-47 to a Dublin hotel and fired shots at Kinahan men in the foyer.

On Friday, a Dutch national who was arrested in a Kinahan safe house in Dublin’s southside two years ago received 18 years in prison by a Dutch court for an attempted gang-feud murder in Holland, the Independent reported.

Naoufal Fassih, 37, was part of a gang of men that fired 36 shots at a man in his car on the outskirts of Amsterdam in 2015.

Fassih is considered one of the biggest organized crime figures in Europe and has been linked to the Kinahans for years.

More arrests following the investigation are expected “in the near future,” according to the Irish police spokeswoman.