A Belgrade court ordered the owner of the Serbian daily ‘Informer’ to pay 80,000 Dinars (US$ 835) to the chief editor of the Organized Crime and Corruption Reporting Project, OCCRP, for tarnishing his honor in an article from March 2016. 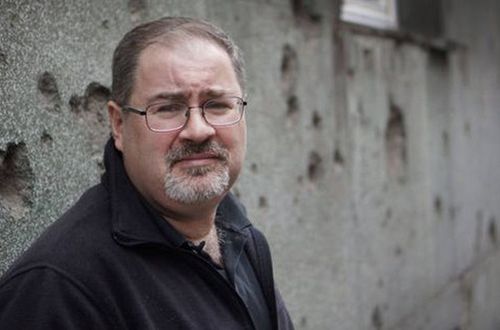 drew sullivanContrary to what ‘Informer’ claimed, “the plaintiff is not a mafioso, nor is he a media-tycoon-racketeer, nor a conspirator, and his goal is not to attack the Prime Minister and participate in destroying the country, he is not choosing the Prime Minister’s family members as targets in order force him to resign,” the court ruling says.

The article was published when Aleksandar Vucic was Serbia’s Prime Minister.

Andrew Sullivan is not commanding or coordinating any attacks against Serbia out of Bosnia and Herzegovina and has no influence on the reporting of the Serbian investigative outlet KRIK, the court said.

Both sides still can appeal but once the ruling is final, the owner of the daily, Dragan Vucicevic, will have to publish it without any comment.

Sullivan welcomed the court’s decision and said it represents “a blow against fake news in Serbia and government propaganda.”

“Serbian justice was swift and decisive,” he said. “That gives us hope for the country’s future.”

According to Freedomhouse, the country’s Freedom of the Press score has been rapidly declining since 2014.

It is not the first time ‘Informer’ has written negatively about Sullivan, OCCRP, KRIK and especially its editor, Stevan Dojcinovic, who sued the outlet separatelly for calling him a „western spy,“ a “mafia associate,” and even “terrorist.”

“Journalists who criticize the government are typically tarred as traitors, social degenerates, and tools of the mafia or foreign intelligence agencies,” Freedomhouse said.

The freedom and democracy watchdog labled the ‘Informer’ as a progovernment media which routinely smears government opponents.