Italian police announced on Thursday that they arrested 22 close associates of the boss of all bosses of the Sicilian mafia, who has been on the run since 1993 but still kept issuing orders on paper notes, or “pizzini,” some of which were hidden under a rock. 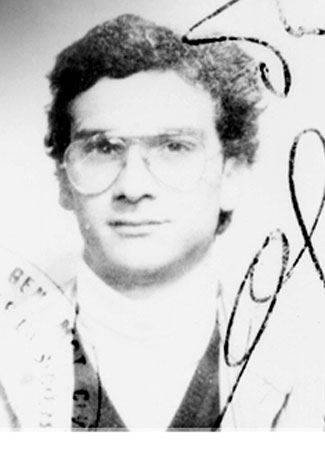 Matteo Messina Denaro Driver's License Picture (From: Wikimedia Commons)At dawn in the Sicilian beachside province of Trapani, operation “Anno Zero” came to a head as the Carabinieri – Italy’s combination of police and armed forces – arrested the mafiosi, including the boss’s two brothers-in-law, who allegedly managed the most important parts of his business.

All suspects have been charged with mafia association and extortion.

Matteo Messina Denaro, 55, has been considered the “capo di tutti capi” of the Cosa Nostra since the deaths of two other bosses Bernardo “Binnie the tractor” Provenzano – nicknamed after his brutal strategy to mow down all his opponents – and Salvatore “Totò” Riina in 2016 and 2017, respectively.

In 2015, police discovered paper notes under a rock at a Sicilian farm that contained orders from Messina Denaro, according to the Local.

The Trapani mafia is “particularly lively and active in control of the area,” police said. They generate money through extortion, property fraud, and controlling public tenders. One of those arrested was involved in online gambling, allegedly another of Messina Denaro’s sources of income.

"The operation is part of the larger investigative operation aimed at the capture of the fugitive Matteo Messina Denaro, also through the progressive weakening of his criminal networks and economic resources," a police statement said.

In surveillance recordings posted by the police, two underbosses are overheard saying that Messina Denaro is “like a saint, like Padre Pio,” a saint of the Catholic Church venerated by many Italians.

On the other hand, the Trapani boss is also nicknamed “Diabolik,” one of the most popular Italian comics of which the titular protagonist is a ruthless thief who does not hesitate to murder anyone.

Through the secret messages, police and the Anti-Mafia Investigation Directorate were able to uncover how Messina Denaro was running his operations as a fugitive.

In the recordings, two bosses are heard praising the murder of the 14-year-old son of Santino Di Matteo, in an attempt to prevent his father from talking to the police.

Di Matteo’s son Guisseppe was kidnapped in 1993 and murdered in 1996. The child’s body was dissolved in acid.

"It's right that we don't touch kids, but 700 days are two years, why didn't you retract? You obviously didn't care about your kid," another mafioso adds.

The arrests follow a raid in March, when 11 associates of Messina Denaro were detained after the police started investigating the sale of 150 acres of farmland, of which part of the money is believed to be pocketed to support the fugitive boss, the Local reported.