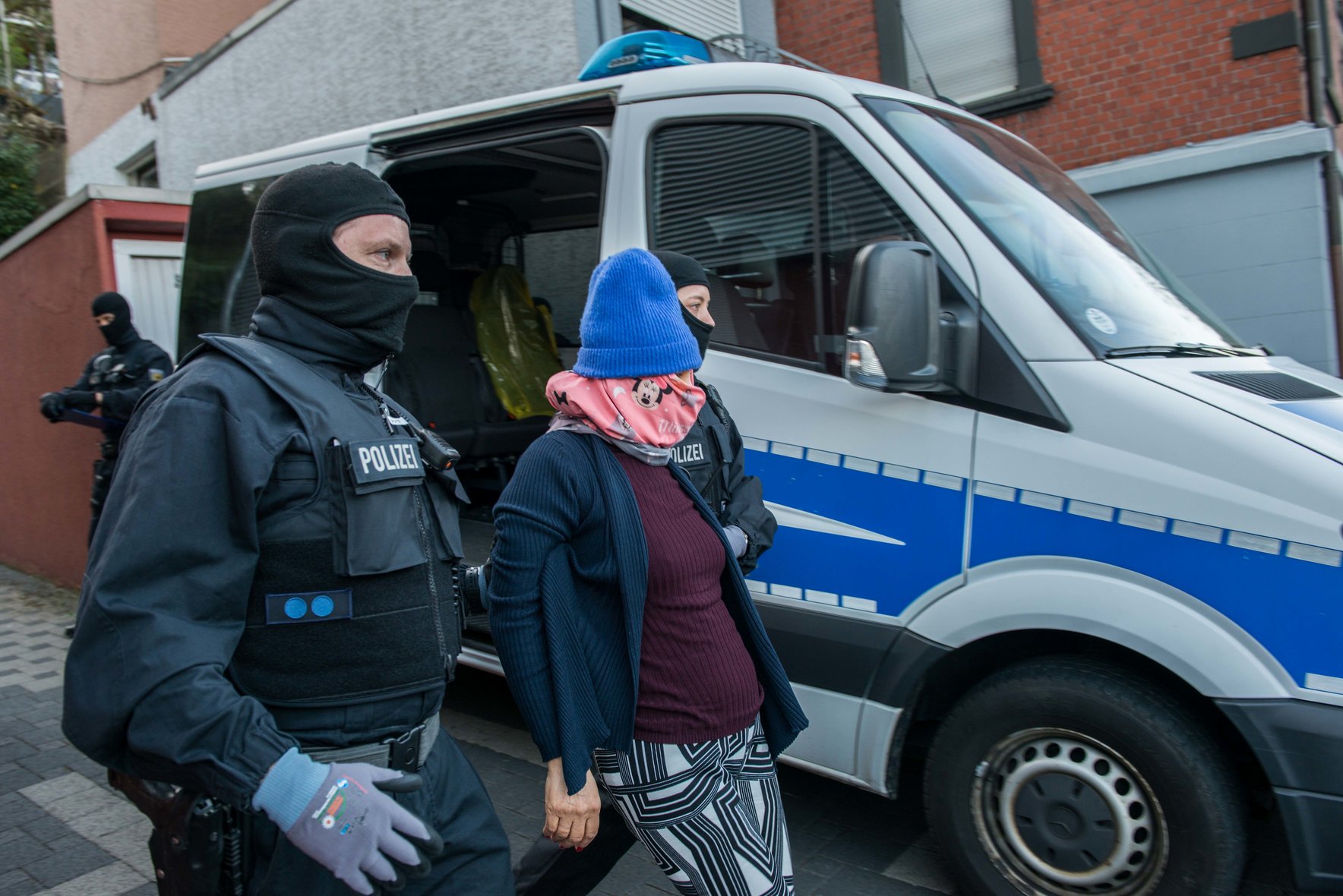 German police take away a woman during the raids (From: Federal Police Germany)Police say the action involved 1,500 police officers –  including German elite SWAT teams the GSG9 – making it the largest Federal Police operation in its 60-year history.

In the town of Siegen, the police detained a 59-year-old Thai woman who is suspected to be at the helm of the operation together with her 62-year-old German partner. Their organization allegedly included over 50 people, most of them women, according to Deutsche Welle.

The gang moved the sex workers from brothel to brothel to prevent arousing interest from the police.

Siegen is located in North Rhine-Westphalia, a state in West Germany that includes the cities of Cologne and Dusseldorf and where most of the raids took place.

German Interior Minister, Horst Seehofer, said that "many hundreds of women and men" were exploited due to the "inhumane, boundless greed of smugglers.”

The investigation has been underway since February 2017 and investigators assume that the traffickers have earned millions of euros through their exploitation.

Police say they identified 17 people suspected of being the core of the organized crime ring.