The lawyers of former crime boss Francis Salemme told the US court in Boston that statements made by a man he allegedly murdered were “inadmissible hearsay,” the Boston Globe reported on Monday. 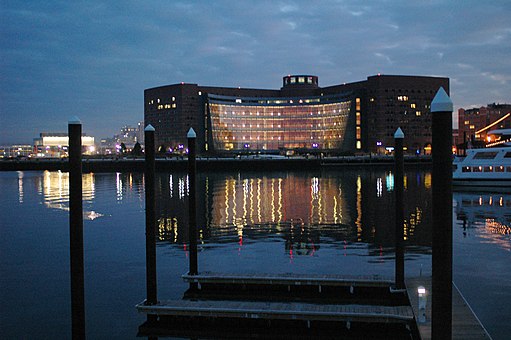 The gangsters allegedly wanted to prevent DiSarro from cooperating with the FBI on an investigation against Salemme and his son.

Prosecutors say DiSarro told his half brother right before he was murdered that he was anxious because he had been summoned for a meet with Salemme.

Salemme and Weadick’s lawyers legal filing states that admitting DiSarro’s statements would violate the defendant’s “confrontation clause rights guaranteed by the Sixth Amendment to the United States Constitution” and that the statements “do not bear any indicia of reliability.”

According to the indictment, Salemme and his son had an interest in Southie nightclub The Channel, which DiSarro co-owned and managed with his half brother.

Salemme was the New England La Cosa Nostra boss in the early 1990s until he was indicted on racketeering charges in 1995 and convicted in 1999.

Prosecutors filed a motion in March that asked the presiding judge to admit statements made by DiSarro right before his death.

The statements include DiSarro’s interactions with an FBI special agent who told DiSarro he was facing indictment and asked him to cooperate.

In their legal filing, the defense attorneys say that “the government appears to be seeking to introduce this statement to bolster the impression that this was a motive for DiSarro’s death” but that there is no proof provided that DiSarro’s interactions with the FBI would have reached Salemme.

The prosecutors also wanted to present the jurors with a note DiSarro left for his son the day he disappeared as well as the conversation with his half brother showing he feared the scheduled meeting with Salemme.

Murdering a witness can lead to death or life in prison, five years of supervised release and a fine of $250,000, according to the press release of Salleme’s initial arrest for DiSarro’s murder.