Ousted Zimbabwean leader Robert Mugabe was summoned by parliament to answer questions on looting of diamond fields in the country, the Mail & Guardian reported Tuesday. 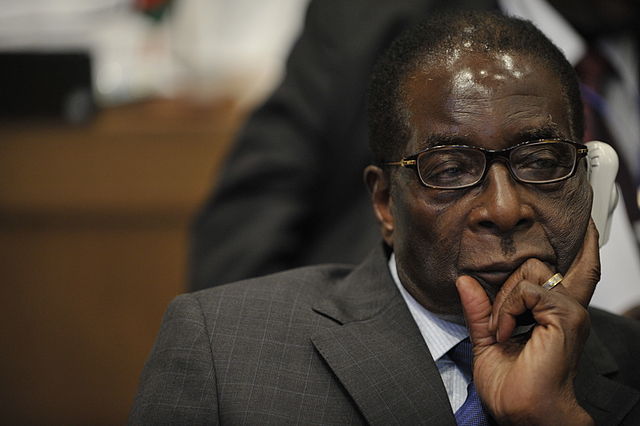 Former president Robert Mugabe (Public Domain)Zimbabwe’s rich supply of diamonds has been mismanaged and pilfered through much of the past century. According to Global Witness, diamonds worth billions of dollars were looted by Mugabe’s regime. While in power, Mugabe even admitted that some US$15 billion worth of diamond revenue is unaccounted for.

The summons are unprecedented for the former leader, who prior to being ousted in a military coup was accused of mismanaging the country into economic ruin during his decades-long rule, indirectly causing a mass famine, and allowing the proliferation of various illegal mining and poaching rings. His wife, Grace Mugabe, is currently under investigation for her role in illegal ivory trading.

“He is not being prosecuted. We are just going to get oral evidence from him on the time he was President,” said Temba Mliswa, the chairperson of Zimbabwe’s parliamentary committee on mining development.

Mugabe is not the first to be summoned in this investigation, as several of his former ministers gave testimonies to the parliament in the past few months. One former minister said his life would be under threat if he gave information on diamond corruption. A representative of the Zimbabwe Defence Forces –a military group that killed civilians at the Marange diamond fields-- did not appear for the scheduled parliamentary hearing on Monday.

The former president has links to the Marange diamond fields through business proxies, namely, Robert Mhlanga, who was his former personal pilot. Mhlanga heads a company that owns a concession in the Marange fields.